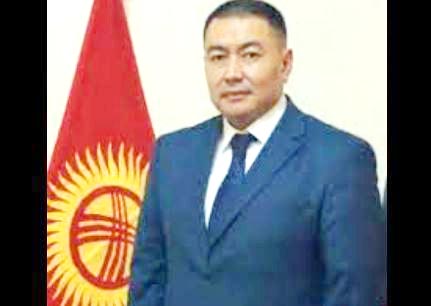 ISLAMABAD, SEP 9 /DNA/ – Ambassador of the Kyrgyz Republic to Pakistan Ulanbek Totuiaev has emphasized establishing stronger trade ties, enhancing cultural exchanges, and mutual collaboration in the educational and scientific sectors between both countries.

He made these remarks during a seminar on “30 Years of Pakistan-Kyrgyzstan Relations: Progress and Prospects,” organized by Riphah International University. Addressing the seminar, Ambassador U. Totuiaev announced the Pakistan-Kyrgyzstan trade house to establish and increase the strong trade linkages between the two countries.

He added that both countries are also exploring the possibility of opening direct flights. The Ambassador told the audience that Pakistani students are studying in various educational institutions in Kyrgyzstan.

He further stated that the bilateral ties between Pakistan and Kyrgyzstan reflect that both nations are ready to build the subsequent decades of future cooperation. He also highlighted the important ongoing projects between the states and the region where both countries collaborate, especially building on the connectivity projects.

Speaking on occasion, Farhat Asif, President of the Institute of Peace and Diplomatic Studies, shared the historical ties between the two states.

In the concluding remarks, Dr. Rashid Aftab, Director of Riphah Institute of Public Policy, congratulated the Ambassador of the Kyrgyz Republic on the 30th anniversary of bilateral ties.