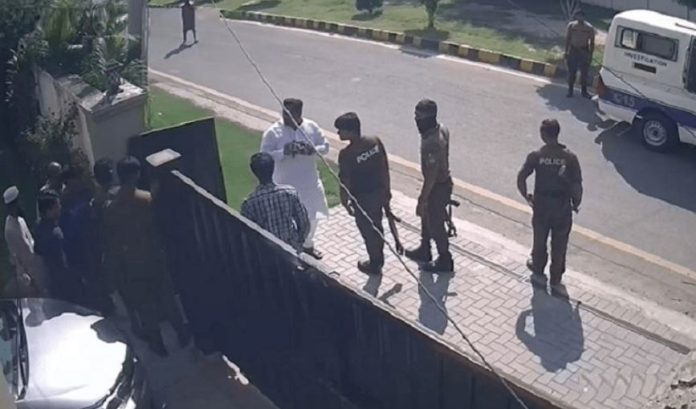 Lahore: A Lahore court on Friday issued non-bailable arrest warrants for 12 PML-N leaders at the request of the city police in the Punjab Assembly attack case involving hooliganism during the chief minister’s election on April 16.

Judicial Magistrate Muhammad Mudasir Hayat issued the warrants as the police, earlier in the day, submitted an application before the court, seeking action against the politicians for allegedly attacking lawmakers in an assembly session two months ago.

The first information report of the incident was registered the same day at Qila Gujjar Singh Police Station under sections 324 (murder attempt), 353 (assault or criminal force to deter public servant from discharge of his duty), 186 (obstructing public service) and 427 (causing damage).

In its application to the court, police said they were making all-out efforts to apprehend the PML-N leaders, “but they are deliberately not showing up before the law enforcement personnel”.

“The investigation has to be conducted and processed after arresting the leaders,” the police said in a letter to the magistrate.

The Lahore police today visited the house of Rana Mashhood, and broadcasters aired CCTV footage of policemen outside his gate.

In remarks made to Geo News, Rana Mashood said police raided his house today, adding “the cops returned as I was not present at home.”

He said the provincial government was resorting to “revenge tactics”. He further said his party had reports that more raids would take place “but we won’t succumb to such pressure tactics and face all cases”.

Meanwhile, Atta Tarar called out the inclusion of his brother’s name in the arrest warrant and termed it a “political revenge”.