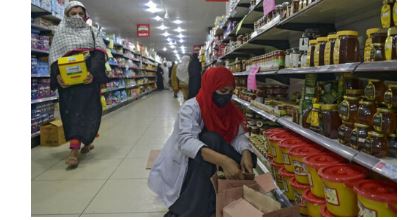 ISLAMABAD, AUG 19: Inflation rose sharply in the week that ended on August 18, climbing to a record 42.3 per cent year-on-year, data released by the Pakistan Bureau of Statistics (PBS) showed on Friday.

Inflation, measured by the Sensitive Price Indicator (SPI), rose by 3.35pc week-on-week, mainly because of higher food prices. The highest week-on-week increase in inflation was recorded at 3.68pc for the week that ended on July 28.

The SPI monitors prices of 51 essential items based on a survey of 50 markets in 17 cities of the country.

During the week under review, the prices of 25 out of 51 items increased, 11 decreased and 15 remained stable.