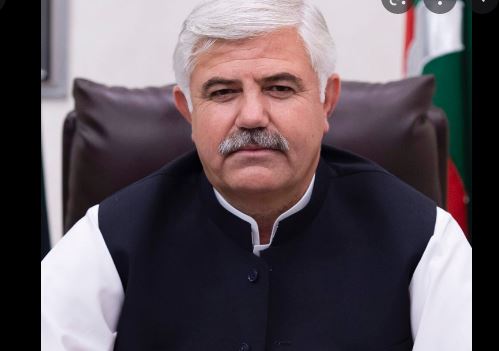 From Our Correspondent
PESHAWAR, JUL 4 /DNA/ – Chief Minister Khyber Pakhtunkhwa Mahmood Khan expressing his grave concern over the discontinuation of funds for Sehat Card Scheme of Newly Merged Districts has recorded an agitation with the federal government and wrote a formal letter to federal health minister to this end.

In the letter, the chief minister said that discontinuation of PSDP funded Sehat Sahulat Program in all Newly Merged Districts will be a clear disregard to the suffering and sacrifices of the people they have been through for the safety and security of the country adding that this step of federal government will be a deviation by the federal government from a vowed commitment of the universal health coverage.

“This singular step couples with low allocation in the federal budget has the potential of significantly increasing the sense of deprivation and alienation of the masses of NMDs,” the letter reads.It further reads that the incumbent federal government was representing the facts regarding closure of funds for Sehat Card Scheme out of context adding that the summary approved by the then Prime Minister regarding shifting of sehat card scheme to the provincial government, there was clear mention of arrangements of funds for the sehat card scheme from the PSDP. It said that former Prime Minister Imran Khan did not approve the transfer of sehat sahulat program without funding. The chief minister, in his letter has pointed out that instead of making arrangement for the funding of Sehat Sahulat Program for tribal people, the federal government has unilaterally decided to stop health services to over five million citizens of Ex-FATA. “The Khyber Pakhtunkhwa did not receive its due share for the NMDs from the divisible pool under NFC. The provincial government has already communicated to the federal government that this year’s current budget allocation for Ex-FATA has been slashed from Rs. 85 billion to Rs. 60 billion which is at least Rs. 25 billion shorts of the actual expected expenditure during the year 2022-23. The federal government has obligation to finance this deficits,” letter reads.The chief minister Khyber Pakhtunkhwa Mahmood Khan has demanded of the federal government to revisit its decision of closure of funds for Sehat card scheme of newly merged districts.