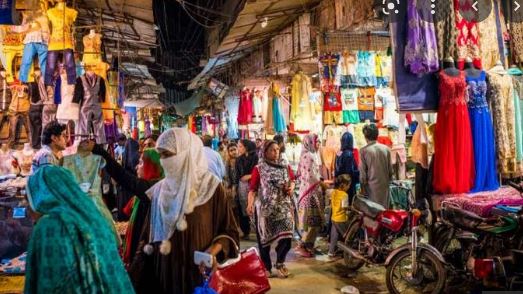 LAHORE, Jun 18 (DNA): Following the footsteps of Sindh, Punjab
government as part of an energy conservation plan has decided to close
markets and a notification in this regard is expected to be issued soon
by 9pm.

According to sources, Punjab Chief Minister Hamza Shahbaz Sharif, in a
major decision, approved the implementation of power saving plan in the
province from June 20, the notification of which is likely to be issued
soon.

Sources further said that the markets of major cities of the province
will open from 8 am to 9 pm from Monday. The Chief Minister after
meeting business leaders decided that in the first phase, energy
conservation plan will be implemented in major cities, including Lahore.

Markets in major cities including the Chief Minister s Office Lahore
will be closed from Monday at 9 pm, while pharmacies, bakeries, petrol
pumps have been exempted. 63 markets of Lahore will be closed at 9 pm.

In the first phase, the ban will be for two months, with further
decisions to be made after July and August.

On Friday, the Sindh government had issued a notification ordering the
closure of markets by 9pm, marriage halls 10:30pm and restaurants by
11pm as part of an energy conservation plan.

The Sindh Home Department, stated that due to the prevalent power
outages there is an urgent need to take the effective measures for the
conservation of energy through a two-pronged balanced approach i.e., to
utilize the daylight hours for business activities and to minimize the
possible adverse impact on the business activities.

“In exercise of the powers conferred under Section 144 CrPC and Section
14(3) and Section 16 of the National Disaster Management Authority Act
2010, with the approval of Chairman, Sindh Provincial Commission,
following specific restrictions are hereby imposed within the
territorial limits of the Sindh Province with immediate effect,” the
notification said.