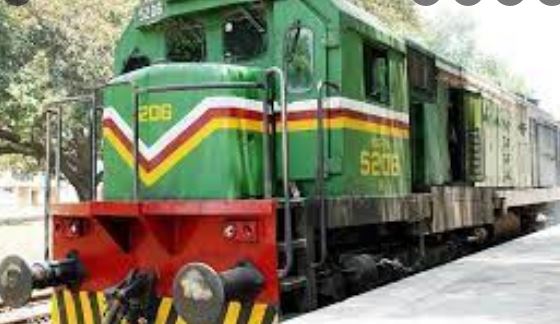 LAHORE, Jun 18 (DNA): Pakistan Railways has hiked the fares for the second time in a week that will come into effect on June 21. Pakistan Railways issued a notification regarding a 5% hike in fares for passenger trains and a 10% hike for freight trains.

The railway officials said that the fares were increased for the second
time due to a hike in diesel rates by Rs59 per litre.

On June 15, the PML-N-led coalition government on Wednesday has jacked
up petrol prices by Rs24 per litre and Rs59.16 on diesel.

The announcement was made by Finance Minister Miftah Ismail while
addressing a press conference in Islamabad, citing government was not in
a position to bear more subsidies anymore.

Miftah criticised the previous government’s policies that, according to
him, “deteriorated the country’s economy”.

The finance minister said the incumbent government was bearing the brunt
of that, adding that currently, Pakistan, on every litre, was bearing a
loss of Rs24.3 on petrol, Rs59.16 diesel, Rs39.49 kerosene oil, and
Rs39.16 on light diesel oil.