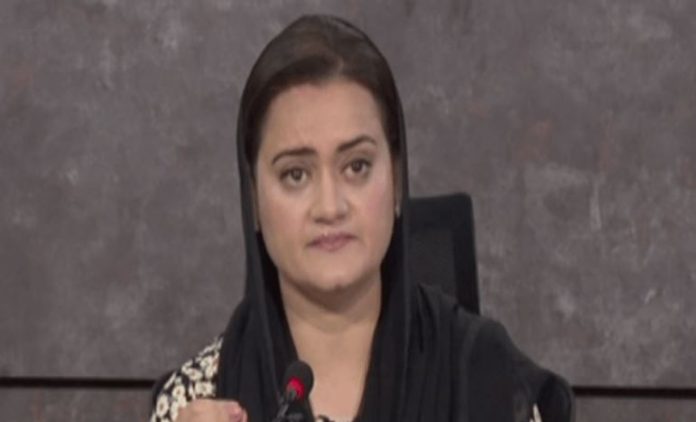 ISLAMABAD, AUG 20: Information Minister Marriyum Aurangzeb on Saturday chalked up claims from the PTI that party leader Shahbaz Gill was subjected to torture under police custody as “propaganda”.

Gill was arrested on August 9 in connection with an FIR registered against him for allegedly inciting mutiny among the armed forces. The PTI has lobbed allegations of Gill’s torture ever since his stay at Rawalpindi’s Adiala Jail, with party chairman Imran Khan further claiming that Gill was subjected to sexual abuse as well.

Addressing the issue at an Islamabad press conference today, Aurangzeb said “propaganda is underway that torture and sexual abuse happened” with Gill in order to “deflect” attention from his current case regarding his controversial comments.

“I want to categorically say that torture shouldn’t happen against anyone but it didn’t happen here [with Gill]. It is only propaganda,” she said.

The information minister claimed that a video of a separate incident in Chakwal — where a child predator was tortured by locals — was edited and portrayed as a video of Gill’s alleged torture.

“Airing such wrong videos comes in the domain of cybercrime,” Aurangzeb said, adding that justification for airing this “propaganda” was being linked with the freedom of opinion and expression.

The information minister said that an investigation was currently underway on the torture claims and Interior Minister Rana Sanaullah would soon hold a press conference on the issue with all “evidence, results and facts”.

Aurangzeb reiterated that the “real purpose” behind the torture claims was to “change the story”, alleging that the PTI had done it in the recent past too by criticising the Lasbela helicopter martyrs on social media after the foreign funding verdict came in and then through Gill’s comments after blowback on the online social media campaign and arrests of allegedly PTI-related individuals behind it.

The information minister questioned if anyone had seen videos or pictures of Gill’s torture as she alleged that Imran was the ” chief instigator” to whom all the links go back.

She subsequently aired a video of Gill with Islamabad police, claiming that it was shot an hour before her press conference and showed him to be reasonably well and interacting with police without the need for an oxygen mask.

Footage broadcast on television on Friday had shown that Gill was brought to court in a wheelchair where he appeared to be audibly wheezing and was begging officials to give him his mask.

“Is this same person about whom videos [of being tortured] are being run? This is propaganda instigated by Imran Khan to deflect attention away from people who incited mutiny in institutions,” Aurangzeb said.

She said the video she showed reflected Gill’s “real situation”.

The information minister also rebuked the media for airing the alleged footage without verification as she called on the gatekeepers to exhibit responsibility and not become part of the supposed propaganda, adding that the matter was not covered by freedom of expression.

She stressed that despite all this, the case, the story and its fact would not change that a “crime has happened and has to be proved”.

Responding to other criticism from the PTI that Gill was not being allowed to meet his relatives, the information minister questioned if such courtesy was also extended to other prisoners and said the PTI should have passed the relevant legislation for it during its government.

Aurangzeb also said that if Gill was indeed sexually abused then it would have shown up in his medical report.