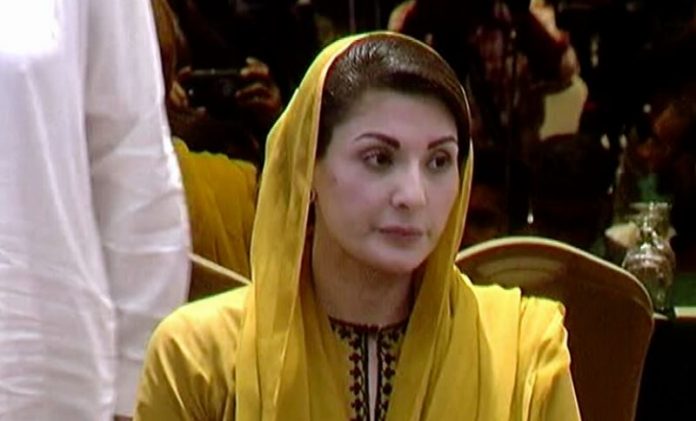 Early Monday morning, Captain Safdar was taken into custody by the police. According to Maryam, she was sleeping when the police allegedly “barged” into her and Safdar’s hotel room.

The arrest comes after a first information report (FIR) was registered against Maryam, Safdar and 200 others for violating the sanctity of the Quaid’s mausoleum. The complainant, Waqas Ahmed, alleged that the PML-N leaders, along with 200 of their followers, reached the Quaid’s grave where Safdar jumped over the grill surrounding it.

Workers and supporters of PML-N accorded a historic welcome to Maryam Nawaz when she arrived in the metropolis on Sunday afternoon to attend PDM’s second power show.

At the public meeting, she called Prime Minister Imran Khan a “coward” and accused him of using the armed forces for his face-saving and declaring opponents as traitors only to save his skin and hide incompetence.