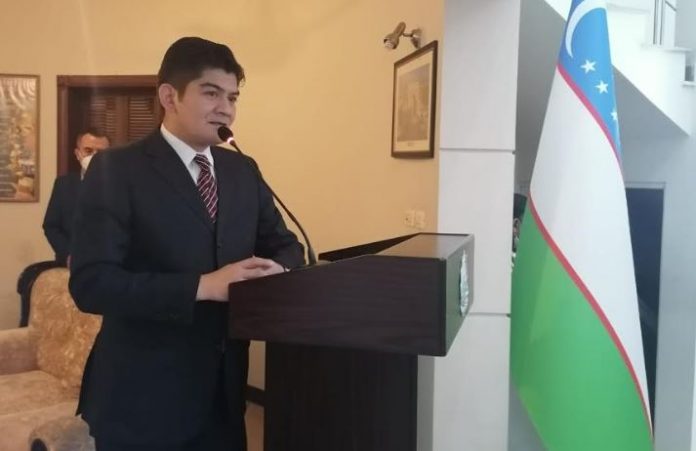 ISLAMABAD: Charge d Affaires of Embassy of Uzbekistan COL. Saadulla A Tashmatov has said Uzbek language day is celebrated on regular basis. He said number of Uzbek language speaking people is increasing at a fast speed.

He made these remarks while speaking during a function held at the Embassy premises to celebrate the Language Day.

The Charge d Affaires welcomed the guests. He in his brief remarks highlighted the significance of the event.

He also gave certificates and awards to teachers who have been imparting Uzbek language education in Pakistan.

The embassy also arranged an exhibition in which handicrafts from Uzbekistan were showcased. Visitors took keen interest in the exhibition.

A short video about the potentials of Uzbekistan was also screened on the occasion.

He guests were served with traditional Uzbek cuisine, which they liked very much.  Children from Uzbekistan presented short speeches in Uzbek language.