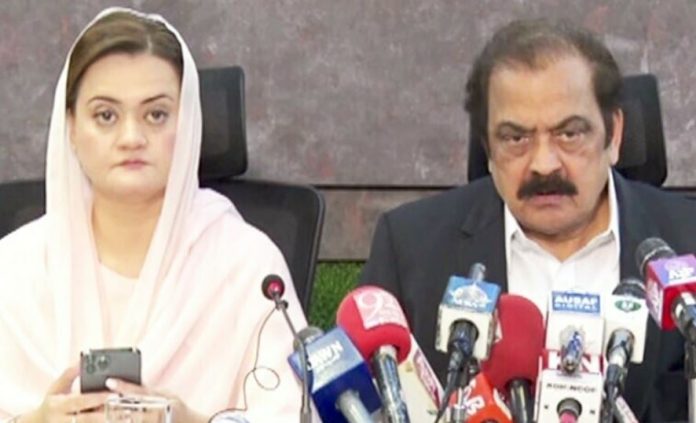 ISLAMABAD, Minister for Information and Broadcasting Marriyum Aurangzeb said on Thursday that awareness has come in the nation and it had identified foreign agents.In a statement reaction to Imran Khan’s address, she said the nation had recognized the faces of those who took funding from Indians and Israelis and the face of their mastermind.

She said that “foreign agent” Imran Khan admitted all his crimes today.Taking a jibe on Imran Khan, she said after admitting to a little money laundering, today he also admitted to taking foreign funding.

As the public rejected the call of the foreign agent, disappointment was writ large of the face of Imran Khan, she maintained.The fate of the “international money launderer” imprisoned in the illegal house of Bani Gala was now left to speak with two flags.

The minister said that Imran  who asked the people to come out to protest but he  himself was hiding in his palace.She said instead of making speeches, it would have been better if Imran Khan had answered the  questions of Election Commission of Pakistan during past  8 years.