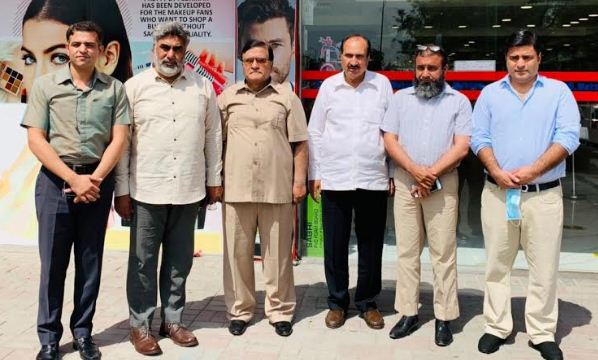 ISLAMABAD, JUL 5 (DNA) – Zafar Bakhtawari, Secretary General, United Business Group has said that the establishment of Mandi Bahauddin Chamber of Commerce and Industry would be a significant step forward for the development and prosperity of the region and Bakhtawari further said that the new chamber of Mandi  Bahauddin  should focus on rice export and agro based industry especailly kinnow which is very important for the future of the country .

He expressed these views during a meeting with a delegation of Mandi Bahauddin Chamber in Islamabad today, which was specially chaired by Haider Raza Naqvi, President of   bahauddin Chamber. The delegation included Vice President Irfan Tarar, Capt. (Retd) Taimoor Ahmed and Mian Zahid.

President of Mandi Bahauddin Chamber Haider Raza Naqvi  said that we are with United Business Group and express full confidence in the leadership of UBG for the promotion of better industrial and commercial activities in the country. He  also invited  UBG delegation to visit Mandi Bahauddin .