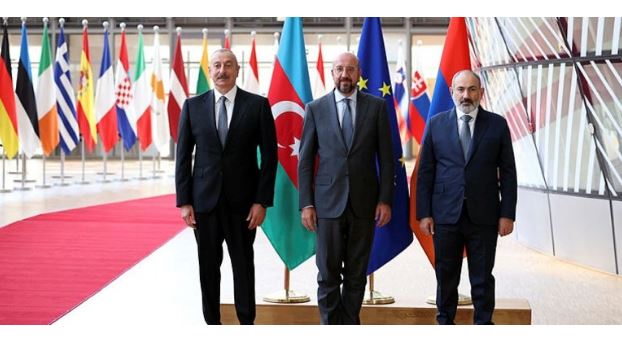 Brussels, AUG 31: A meeting between Azerbaijan‘s president, Armenia‘s premier, and the head of the European Council began in Brussels on Wednesday.

While the leaders are expected to discuss the latest developments in the Karabakh region, a region of the South Caucasus that in fall 2020 saw a 44-day war between Azerbaijan and Armenia, no information was revealed about the details of discussions.

This meeting comes a day after European Council President Charles Michel held a phone call with Azerbaijan’s President Ilham Aliyev to discuss the process of normalizing relations between Baku and Yerevan, as well as other issues on the agenda of the meeting with Armenian Prime Minister Nikol Pashinyan.

Earlier on Tuesday, a meeting of a commission formed to determine the border between the two former Soviet republics was held in Moscow.

On Friday, Aliyev announced that the Azerbaijani army had moved into the strategic city of Lachin in Karabakh, as well as the villages of Zabukh and Sus.

After a Russia-brokered deal ended the war between Armenia and Azerbaijan in 2020, the three countries agreed to develop economic ties and infrastructure for the benefit of the entire region.

During the 2020 war, Azerbaijan liberated several cities and nearly 300 settlements and villages in the Karabakh region that had been occupied by Armenia for nearly three decades.