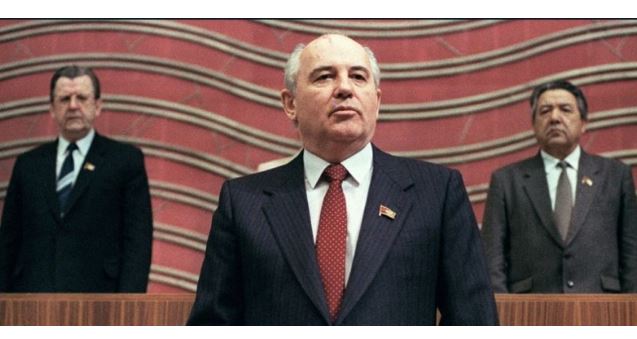 Moscow, AUG 31: Mikhail Gorbachev, who changed the course of history by triggering the demise of the Soviet Union and was one of the great figures of the 20th century, has died in Moscow aged 91.

“This evening, after a serious and long illness, Mikhail Sergeyevich Gorbachev died,” the Central Clinical Hospital (CCH) in the Russian capital announced late on Tuesday.

The statesman is to be buried next to his wife in Moscow’s Novodevichy Cemetery, the burial place of many of Russia’s most famous politicians, writers and composers.

The internationally respected statesman was often credited for bringing the Cold War to a peaceful end and for his instrumental role in German reunification. East Germans in particular still revere “Gorbi” as the man who brought them freedom over three decades ago.

In the 1980s, under Gorbachev’s leadership, the Soviet Union concluded groundbreaking treaties with the United States on nuclear disarmament and arms control, while at home, Gorbachev initiated an unprecedented reform process with his policies of “glasnost” (openness) and “perestroika” (restructuring), which brought unprecedented freedoms to millions of people.

In 1990, Gorbachev received the Nobel Peace Prize for his courageous reforms. However, the massive economic upheavals that ensued across the Soviet Union ultimately led to the collapse of the 15-nation communist empire and to Gorbachev’s own political downfall, when the country he led ceased to exist in 1991.

A large part of the Russian population always saw the former party and state leader as the gravedigger of the Soviet Union – and as a politician without an instinct for power – and Gorbachev was never to enjoy the massive popularity he had in the West in his homeland.

Gorbachev resigned as president of the Soviet Union in 1991 as the vast state voted to dissolve itself, creating 15 independent new countries. Staunch Gorbachev critic Boris Yeltsin became an independent Russia’s first president in the same year, and Gorbachev was largely written off as yesterday’s man.

In the three decades between his fall from power and his death, however, Gorbachev made significant contributions to Russian civil society with his eponymous foundation advocating democratic values and a Russian rapprochement with the West.

Gorbachev also wrote numerous books, including, most recently, one about his disappointment with Germany and the West. Specifically, he lamented what he saw as Russia constantly being cast as the enemy.

Unable to attend the 30th anniversary of the fall of the Berlin Wall in autumn 2019 for health reasons, Gorbachev received regular hospital treatment in recent years.

His relationship with President Vladimir Putin was difficult at times, but the Russian leader nonetheless expressed his “deep sympathies” after Gorbachev’s death.

“In the morning, (Putin) will send a telegram of condolences to his family and friends,” Kremlin spokesman Dmitry Peskov told Russian news agencies.

It is not clear which international leaders might be able or willing to travel to Moscow for Gorbachev’s funeral amid Russia’s continuing war on neighbouring Ukraine.

Gorbachev was regarded fondly in the West, where he was affectionately referred to as Gorby and best known for defusing US-Soviet nuclear tensions in the 1980s as well as bringing Eastern Europe out from behind the Iron Curtain.

He was also championed in the West for spearheading reforms to achieve transparency and greater public discussion that hastened the breakup of the Soviet empire.

The EU and US have imposed sanctions on Moscow and many high-ranking EU politicians have been banned from entering Russia in response. Russian airspace is also closed to “unfriendly EU states.”

However, tributes from world leaders began to pour in after news the former Soviet leader’s death.