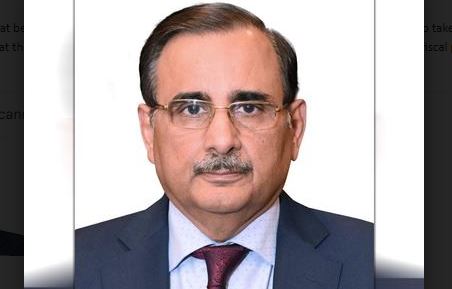 ISLAMABAD, OCT 28: /DNA/ – Raising questions on the poor mechanisms to ensure dollars availability, the Federation of Pakistan Chambers of Commerce & Industry’s Businessmen Panel (BMP) on Friday asked the central bank to become more vigilant and take stringent action as the open market is immensely short of the greenback at a time when the rupee is largely stable in the inter-bank market.

The FPCCI former president and BMP Chairman Mian Anjum Nisar pointed out that the currency market is facing severe shortage of US dollars despite the fact that the rupee has remained largely stable in the inter-bank. He said that the declining trend of the dollar has proved to be meaningless as the majority of exchange companies and dealers have no dollars and this shortage has persisted for almost a week.

The BMP Chairman stressed the need for taking bold steps, as the rupee, after remaining stable for almost two weeks, once again started to witness volatile trend, posting a decline for the seventh consecutive session last week.

He pointed out that presently very limited transactions are being held against the daily regular transactions of up to $60 million dollars in the open market, as it is feared that the dollars are being smuggled to Afghanistan. Despite central bank’s measures, smuggling remains rampant as it seems that government institutions are not on the same page, he said and asked the government to revisit its trade and immigration policies with Afghanistan and Iran.

He observed that the weakness in the local currency is driven by dwindling reserves and uncertainty regarding inflow commitments despite the fact that Finance Minister Ishaq Dar has constantly been saying that the rupee was undervalued and it could soon recover to Rs200 per dollar mark, which is its real value.

He said that in another key development, the current account deficit (CAD) declined for the third straight month in a row in September. It fell to $0.3 billion, less than half the level in August. In Q1FY23, the CAD has fallen to $2.2 billion from $3.5 billion in Q1FY22, mainly due to a decline in imports. The decline in CAD is a good sign for the South Asian economy already facing dwindling foreign exchange reserves.

The BMP Chairman observed that having a clear policy to curb the volatility in exchange market, the central bank should be fully geared to act and monitor the movements more vigilantly and should be ahead of the curve as they have more information than an average market player. And being back in the IMF program amid the falling global commodity prices and full coverage of external financing needs, there is no basis for continuation of the high volatility in exchange rate, he added.

He added that the government needs to relax rules for exchange companies, as stringent procedural requirements are making customers reluctant to approach the open-market.

Amid declining foreign exchange reserves, Pakistan has faced an exchange rate crisis multiple times this year with authorities vowing a crackdown on speculators. The promised action comes in tandem with wild swings seen by the rupee that hit record lows in the inter-bank market, and witnessed its worst monthly performance in July in over 50 years.

The arrival of Ishaq Dar at the helm of the finance ministry did trigger a bullish trend in the currency market, with the rupee appreciating nearly 10% in less than three weeks, but it also led authorities to suspect manipulation by banks and exchange companies.

In response, the State Bank of Pakistan (SBP) said at the start of October it will soon complete the investigation into alleged manipulation by commercial banks of foreign exchange operations in the country.

Since early September disbursement of the IMF tranche, after the success of the seventh/eighth reviews, there has been no foreign inflows from friendly countries raising concerns about the capacity to meet external debt servicing costs though World Bank announced reallocation of existing pledges for flood relief and this week past Asian Development Bank approved a 1.5 billion-dollar loan for Pakistan; (ii) fiscal tightening, higher interest rates and measures to limit energy consumption and imports – policies supported under the IMF program though not being fully implemented at present – would narrow the current account deficit despite the reduced exports and the higher import needs in the aftermath of the floods.

Mian Anjum observed that besides increasing exports and controlling imports the government will have to take administrative measures, as a large demand of cash dollars are seen in the market. He said that there was a complete breakdown of economic policymaking, as the country’s fiscal policy had become subservient to monetary and exchange rate policies.