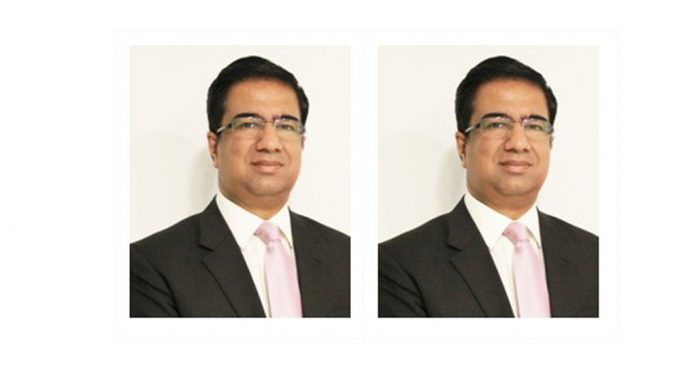 As the whole world is struggling to combat one of the biggest crises of the century caused by Covid-19, the BJP government’s propensity for violence and hegemonic attitude remains intact. Pursuing coercive and expansionist policies in the region has become an established norm in India since the moment it gained independence and has compounded under the Modi administration. This is not only becoming a serious threat to India’s bordering states but to the security and stability of the entire region.

Just recently, the Modi government has triggered tensions with China in several disputed areas along the Line of Actual Control in Ladakh region and has stationed thousands of troops on the ceasefire line. BJP’s illicit actions demonstrate its ill-intentions to assert control over the disputed territory by construction of roads and airstrips through the valley, thereby drawing Beijing’s ire. As a necessary response, Chinese troops appear to be heading towards a face-off and India’s aggressive military activities near the border are mounting insecurities and concerns between the world actors since both China and India are nuclear-armed states.

Since last month, India has been violating the boundary line in the valley and building defense fortifications to disrupt Chinese border defense troops’ regular patrol activities. This shows nothing but an intentionally evoked conflict and a blatant attempt by the Indian government to create chaos in the disputed territory. These actions by the Indian military have not only breached the border agreements between the two countries but have violated China’s territorial sovereignty as well.

India and China have experienced border frictions in the past like the Doklam standoff in 2017, but this time the military build-up is the largest and Chinese response is believed to be the strongest military response to India’s illegal intruding incident along the Actual Line of Control. This indicates the strong determination and preparedness of China to defend its sovereignty against any hindering element. The balance of power between China and India is incomparable and India’s relative strength to China is extremely shallow.

Modi’s political ideology is based on the persuasion of hard power to advocate ‘Hindutva’, marginalize minorities and his hegemonic aspirations to gain regional economic and geopolitical influence. China’s dominance in the region and the path to rising global power is seen as a potential threat by Modi. However, India by no means can compete with the unparalleled economic and military might of China, and thus any entanglement with China would cost India more than it can ever imagine. China has all the military, technological, and strategic superiority over India to retort forcefully and firmly.

We have observed time and again that whenever the BJP government is undergoing a political crisis and being pressured by the public for its malicious decisions and major policy failures, it conducts such misadventures to distract the attention of the people as well as the international community. The same has happened in the current border incident with China. India being an extremely populous country has adopted no appropriate measures to contain the spread of the Covid-19 pandemic in the country. Moreover, India’s economy is weakening and the Modi administration has failed to address these major issues.

According to international reports, the Indian economy will undergo a major recession shortly. Other issues including the discrimination against minorities, mass violence in Indian Occupied Kashmir, unemployment, and various domestic challenges have raised a question on the effectiveness of Modi government. Thus, a border issue with China would serve as a key element to divert the public and international attention by hyping nationalism against China, which Modi has continued to do against Kashmiri Muslims for a long time. However, Modi has misperceived the fact that facing countless internal and external challenges during the coronavirus pandemic, India can ill-afford any risky adventurism.

In addition to the territorial disputes, one of the core issues in the Sino-Indian rivalry include the burgeoning China-Pakistan relations. Sino-Pakistan relations have gained momentum over the years. India feels that the mega project, Pakistan China Economic Corridor (CPEC) is detrimental to her overall hegemonic designs for gaining regional supremacy. Moreover, China’s support for Pakistan has also become more overt on the occupied Kashmir issue. China vigorously supported Pakistan against India’s abrogation of article 370 at the United Nations Security Council.  Modi fears this strengthening relationship and wishes to prove that India aloe is a dominant player in the region.

China is well aware of Modi’s expansionist mindset as what happened in Kashmir when its special status was revoked on August 5, 2019. BJP government has repeatedly, illegally demanded the return of Azad Kashmir, Gilgit, and Baltistan, and openly stated on many occasions that the people of Baluchistan province will be given independence from Pakistan by Narendra Modi. China is a rising power and has a pragmatic foreign policy. The Indian annexation of Ladakh is a blow to China’s sovereignty and would be responded seriously.

Pakistan has supported Beijing on the issue and expressed concerns over the illegal construction in the disputed territory of Ladakh as it would disrupt regional peace. Modi has continued to suppress the Kashmiris right to self-determination, has been a spoiler in the Afghan peace process, and trying to create chaos and unrest in Pakistan by promoting ethnic violence in Balochistan.

Neville Maxwell, a British journalist and scholar, who authored the famous book ‘India’s China War’ has conducted a detailed analysis of the 1962 Sino-Indian War. He has explained and claimed that India provoked China into the war. Many other international experts have also proved how India pursued a flawed strategy of provoking China in the 1962 war. Similarly, revocation of the special status of Jammu and Kashmir was a clear indication of provoking Pakistan for confrontation.

The BJP government has failed to realize that China is a potent regional power and not far from reaching the status of global power. Chinese leadership under President Xi Jinping has a great vision of creating a multipolar world, creating the conditions of mutual development of nations. These territorial skirmishes and irrational border claims to provoke China would not harm Chinese sovereignty and power dynamics.  To malign and prompt Pakistan, India has tried to conduct numerous false flag operations, violations of international law especially in Kashmir, breaching the line of control, etc. but has not been able to succeed in these evil intentions.

US President Donald Trump waded into the Sino-Indian standoff, affirming that he is willing and able to mediate or arbitrate the border dispute. This mediation offer had come at the time when China ordered massive military deployment in the disputed territory and brace themselves for worst-case scenarios, scaling up the training and battle preparedness to promptly and effectively deal with all possible complex situations. China demonstrated that it is all set to resolutely safeguard the national sovereignty, security, and development interests of the country.

Rising China is a big challenge for the United States and the latter supports India to maintain a foothold in the region to contain China’s influence and dominance. Thus, Trump fears any serious situation that enables China to portray its power capabilities and establish influence over the region, and so he immediately offered to mediate and resolve the dispute. Moreover, under the prevailing pandemic crisis, Washington and Beijing are engaged in a war of words over the origin of the coronavirus pandemic, where the former has continued to blame the latter. Under such circumstances, President Trump can least afford Chinese hegemony or confrontation in a region that is vital for US interests in many ways.

History holds difficult lessons for India. India suffered a humiliating defeat at the hands of China during the border conflict in 1962. China controls the Aksai Chin area and this region holds strategic importance for Beijing as it connects its Xinjiang province with western Tibet. To maintain peace, stability, and security in the region, India should be compelled to stop breaching the bilateral as well as international agreements and laws, which it has continued to violate. China and India have signed an agreement on the “Maintenance of Peace and Tranquility” along the Line of Actual Control (LAC) in 1993. Modi has failed to comply with the agreement continued to give belligerent posture over the issue. There is no military or political solution for the border conflict at the time being and India does not have the military and economic might of China. Therefore it is in favor of all parties to maintain and sustain conditions for peace rather than chaos in the region.