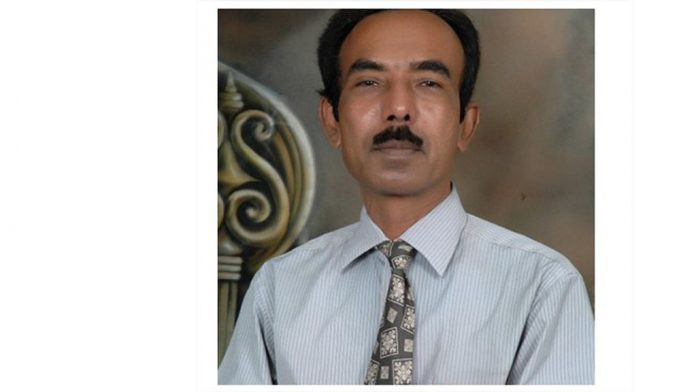 In the agreement signed between the US and Taliban on February 29, this year, in Doha-the capital of Qatar, it is committed that within the first 135 days of the deal, the US will reduce its forces in Afghanistan to 8,600 from the current 13,000, working with its other NATO allies to proportionally reduce the number of coalition forces over that period—the Pentagon was to bring troop levels down from about 12,000 to 8,600 by mid-July, before withdrawing all forces by May 2021. Other NATO countries will also leave Afghanistan. As desired by the US-led NATO states, the Taliban would not allow Al-Qaeda or any other extremist group to operate in the areas they control and Afghan soil will not be used to conduct attacks in Afghanistan and on Western forces.

Now, the US is considering withdrawal of its troops from Afghanistan head of schedule.

In this respect, The New York Times also wrote on May 29, 2020: “Senior military officials are set to brief President Trump on options for pulling all American troops out of Afghanistan…before the presidential election…a complete withdrawal by November reflects an understanding among military commanders…Mr. Trump’s preferred option may help bolster his campaign”.

In this regard, the prisoners’ exchange is part of the US-Taliban agreement as a confidence-building measure. Kabul freed around 2,700 the total number of prisoners, while Taliban have so far released 420 government prisoners.

In the recent past, the Taliban announced a May 24-26 cease-fire to coincide with the Eid al-Fitr Islamic holiday. It raised prospects of an extended cessation of hostilities and the long-delayed launch of direct talks between the government and the Taliban over a permanent cease-fire and a future power-sharing agreement.

Since the truce ended, the militants have observed an unofficial reduction of violence, despite staging several deadly attacks on government forces in response to the Afghan forces’ strike on the Taliban. But, they did not target NATO forces, as the Taliban leaders have repeatedly made it clear.

US special envoy Zalmay Khalilzad who had played a key role in the US-Taliban deal appreciated these developments.

Earlier, the Afghan President Ashraf Ghani had rejected prisoner swap with the Taliban.

In fact, President Ghani thought that if the US-led NATO forces which are well-equipped with latest arms failed in coping with the Taliban fighters, as to how Afghan forces can encounter them. Therefore, he wants that NATO forces should continued their presence in the country.

Likewise, India which does not intend to see peace in Afghanistan and is undermining regional stability by creating unrest in Afghanistan, also desires the presence of the NATO forces in that country in order to protect its billions of dollars-investment there.

However, it was due to the US pressure that President Ghani agreed to release the Taliban prisoners, while Ashraf Ghani and Abdullah Abdullah resolved their differences and signed a power sharing deal on May 17, this year.

In this context, Abdullah Abdullah said on May 31, 2020, “The negotiating team [of Afghanistan] is ready to begin the talks [With Taliban] at any moment.

Despite all of this, the implementation of the US-Taliban peace agreement has been delayed. In this context, besides late release of the Taliban prisoners and the peace talks between the government and Taliban, which were scheduled to begin before March 10, 2020 has not been started.

While setting aside the completion of various phases of the US-Taliban deal, America has started withdrawing its troops from Afghanistan.

Nevertheless, the US-led NATO’s withdrawal from Afghanistan will have drastic implications inside that war-torn country by creating further unrest which will affect the entire the region, especially Pakistan.

After the departure of the US and other NATO forces from Afghanistan, international donors who are fighting the COVID-19 endemic will be unlikely to step in to replace US spending. Reduction in funding will impact on the government and its combat capabilities. Governance structures in Afghanistan consist of overlapping layers of formal, centralized de jure authorities; regional power brokers with mixed official and informal authority at the local level. So, like the past, a civil war will start in Afghanistan among various local warlords who control their own Militias. It is likely to weaken the center, resulting into the rule of Taliban who already control almost 70 percent areas of the country, will defeat the Northern Alliance and afterwards, will occupy the non-Pashtun areas dominated by other warlords.

Because of this future scenario, Indian and Afghan rulers who are feeling the pinch of the US-Taliban peace agreement are trying to sabotage it for their collective interests.

Notably, Pakistan’s Armed Forces and particularly Army have successfully broken the backbone of the foreign-backed terrorists by the military operations Zarb-e-Azb and Radd-ul-Fasaad, while ISI has broken the network of these terrorist groups by capturing several militants and thwarting a number of terror attempts. So, peace has been restored in various regions of the country, especially in Balaochistan and Khyber Pakhtunkhwa (KP) provinces.

Undoubtedly, after NATO’s withdrawal, Afghan regime will fall like a house of cards owing to the Taliban assault. Even, India would not be in a position to maintain its network in wake of the successful guerrilla warfare of the Taliban—rendering Indian proxy support against Pakistan ineffective.

Regarding Indian activities in Afghanistan the then NATO commander, Gen. McChrystal had pointed out: “Indian political and economic influence is increasing in Afghanistan…is likely to exacerbate regional tensions.”

So, Washington must be aware of the coming developments, which could create misunderstanding between America and the Taliban, as before the NATO’s departure, RAW and NDS can use some terror outfits like TTP and Daesh (ISIS) for targeting the military installations of the US and its allies to shift the blame game towards those Taliban whose leader has signed the peace deal. Even after the NATO’s withdrawal, when Afghanistan will further face lawlessness and civil war owing to the negative role of these secret entities, New Delhi and Kabul could also accuse Islamabad of cross-border terrorism in Afghanistan like the past approach, because the US and Pakistan have been promoting cordial relations due to President Trump’s positive approach towards the latter.

In the meantime, if any terror attack occurs in the US homeland, Indian-Afghan rulers are likely to manipulate it against Pakistan by convincing Washington that Islamabad is behind it.

And like other countries, coronavirus has also affected Afghanistan which has reported more than 14,057 cases, infected by this deadly virus and more than 265 deaths. In America, more than 1,861,200 cases have been recorded with more than 107,100 deaths. Besides the spread of COVID-19, the US is also not taking much interest in completion of the US-Taliban agreement owing to unending violent protests across the country over the death of George Floyd, an unarmed black man who died on May 25, 2020 in the police custody in Minneapolis. During clashes, the police killed several black people.

By availing this golden opportunity, Afghan rulers may create complications which could castigate the US-Taliban deal.

We may conclude that besides the whole region, US-led NATO’s withdrawal from Afghanistan will create unrest in that country, particularly affecting Pakistan which will, again, face the drastic fallout in wake of the COVID-19 pandemic which impacted 90,000 persons with death toll of 1,800 people.