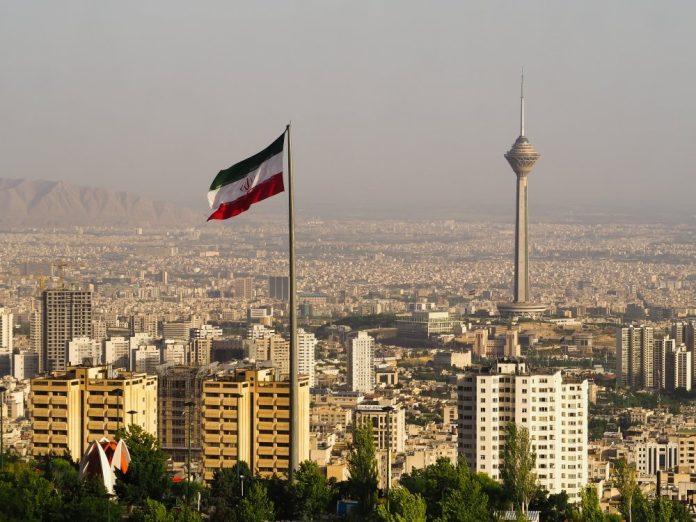 PARIS: Rights groups warned Sunday that several protesters in Iran are at imminent risk of execution, following an international backlash against the clerical regime’s first hanging linked to ongoing demonstrations.

The almost three-month-old protest movement was sparked by the death in custody of Mahsa Amini, a Kurdish-Iranian arrested by the morality police for allegedly breaching the Islamic republic’s strict dress code for women.

The protests, described by the authorities as “riots”, represent the biggest challenge to the regime since the shah’s ouster in 1979. They have been met with a crackdown that activists say aims to instil public fear.

Iran on Thursday executed Mohsen Shekari, 23, who was convicted of attacking a member of the security forces. Rights groups said he underwent a show trial marked by undue haste.

Iran’s judiciary says it has handed down death sentences to 11 people so far in connection with the protests, but campaigners say around a dozen others face charges that could see them receive the death penalty.

Unless foreign governments “significantly increase” the diplomatic and economic costs to Iran, the world “is sending a green light to this carnage”, said Hadi Ghaemi, executive director of the New York-based Center for Human Rights in Iran (CHRI).

Amnesty International said Iran was now “preparing to execute” Mahan Sadrat, 22, just a month after his “grossly unfair” trial. He was convicted of drawing a knife in the protests, an accusation he strongly denied in court.

On Saturday, Sadrat was transferred from Greater Tehran Prison to Rajai Shahr prison in the nearby city of Karaj, “sparking concerns that his execution may be carried out imminently”, Amnesty said.

“Like all other death row prisoners, he was denied any access to his lawyer during the interrogations, proceedings and show trial,” said another group, Oslo-based Iran Human Rights.

Amnesty warned the life of another young man arrested over the protests, Sahand Nourmohammadzadeh, was also at risk “after a fast-tracked proceeding which did not resemble a trial”.

He was sentenced to death in November on accusations of “tearing down highway railings and setting fire to rubbish cans and tires”, the group said.

Among others handed the same sentence is rapper Saman Seyedi, 24, from Iran’s Kurdish minority. His mother pleaded for his life on social media in a video where she stated “my son is an artist not a rioter.”

Another dissident rapper, Toomaj Salehi, who expressed support for anti-regime protests, is charged with “corruption on earth” and could face a death sentence, Iranian judicial authorities confirmed last month.

“We fear for the life of Iranian artists who have been indicted on charges carrying the death penalty,” United Nations experts said in a statement, referring to the cases of Sayedi and Salehi.

Amnesty and IHR have also raised the case of Hamid Gharehasanlou, a medical doctor sentenced to death. They say he was tortured in custody and his wife was coerced into giving evidence against him which she later sought to retract.

“Protester executions can only be prevented by raising their political cost for the Islamic republic,” IHR director Mahmood Amiry-Moghaddam said, calling for a “stronger than ever” international response.

Iran on Friday and Saturday again summoned the German and British ambassadors to protest their countries’ actions, marking the 15th time in less than three months Tehran has called in foreign envoys.

Many activists want the foreign response to go further, extending even to severing diplomatic ties with Iran.

After the widespread international outrage at Shekari’s execution, Iran said it was exercising restraint, both in the response by security forces, and the “proportionality” of the judicial process.

Iran’s use of the death penalty is part of a crackdown that IHR says has seen the security forces kill at least 458 people.

Meanwhile, two actors and a theatre director detained in November for making a video supporting the protest movement have been released on bail, local media reported.