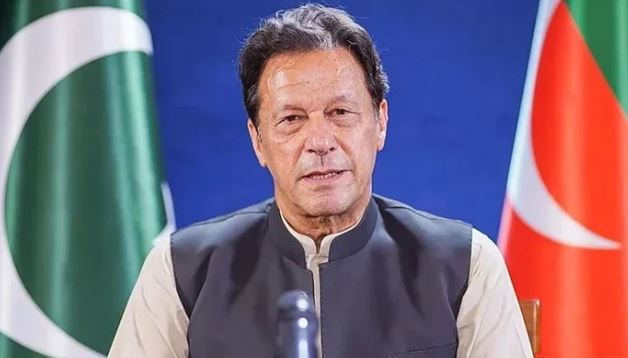 ISLAMABAD: A district and sessions court in Islamabad Monday reserved the verdict on a plea filed by the Election Commission of Pakistan (ECP) in the Toshakhana case against Pakistan Tehreek-e-Insaf (PTI) Chairman Imran Khan.

The verdict will be announced on December 15 at 2pm.

On November 22, the trial court took up the Toshakhana reference filed by Election Commission against Khan for allegedly indulging in corrupt practices, which the former premier denies.

As per the electoral body’s order, the trial court in Islamabad sent a notice to the PTI chief in the trial opened against him in the Toshakhana reference.

At the outset of the hearing, ECP’s lawyer Saad Hassan appeared before the court and presented his arguments.

“Imran Khan said that he constructed a road with the money [acquired from] Toshakhana [gifts],” he said, adding that a prime minister has to deposit any gift they receive to the Toshakhana.

“The price of the watch was estimated at Rs85 million,” he said, adding that Khan failed to state the amount for which he sold the Toshakhana watch.

Hassan stated if any Toshakhana items were transferred then it was mandatory to mention them in the tax income statements.

“It is not possible to personally own an item from the Toshakhana without declaring it,” said the lawyer.

He said that the Election Commission “believes the income tax statements provided by the former premier in 2022-2021 are correct”, adding that the Toshakhana matter was brought to the National Assembly and the case was taken to the high court in 2020-2021.

Lawyer Hassan said that Khan’s way of dealing with the Toshakhana gifts is tantamount to money laundering.

“Imran Khan said that he has deposited the amount [ he paid for] for all the items in the same bank account,” said the ECP’s lawyer, adding that the properties or gifts taken by Khan during 2018-2019 would be counted among his assets.

Khan should’ve disclosed all his assets before Election Commission, said Hassan. “Ex-premier also took jewellery from the Toshakhana but did not declare it.”

The lawyer said that the former prime minister also talked about four goats and Rs500,000 in the statements.

The lawyer maintained that the former premier and his wife took a total of 58 gifts from Toshakhana during three years which were worth Rs142 million, at an amount equal to 20% of the gifts’ cost.

He said that Khan acquired the gifts from Toshakhana worth Rs107 million out of the said Rs142 million during 2018-19.

“In 2019/20 Khan declared Rs8 million on account of tax returns but didn’t reveal which item’s price it was,” the lawyer stated.

Last month, ECP, in a consensus verdict in Toshakana reference, disqualified the former prime minister and ruled that the PTI chief was no more a member of the National Assembly.

The ECP stated that the PTI chief had submitted a false affidavit and was found involved in corrupt practices under Article 63(1)(p).

In the verdict, ECP also declared that Khan had made “false statements and incorrect declarations, therefore he has also committed the offence of corrupt practices defined under Sections 167 and 173 of the Elections Act, 2017”.