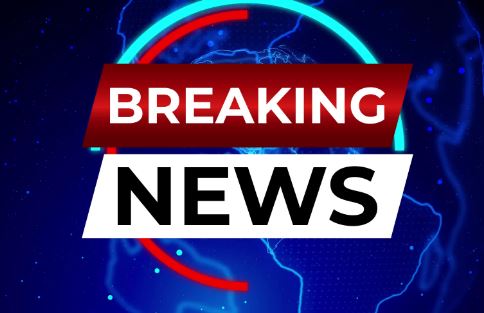 Islamabad, Pakistan is facing serious challenges of malnutrition and food insecurity. Climate change and recent flooding have created further threats to deteriorate the situation. Malnutrition cost Pakistan 7.6 billion USD every year due to the lost labor, health care expenses, and lower productivity of human capital. This was said by the experts addressing to the media workshop “addressing zinc deficiency through biofortification of wheat” at a local hotel in Islamabad. The workshop was organized by HarvestPlus and AGAHE, a civil society organization. The workshop was attended by a large number of agriculture scientists, health professionals, UN agencies, civil society representatives, and representatives of print and electronic media.

Dr. Imtiaz Hussain, Member Plant Science Division at Pakistan Agriculture Research Council said that wheat constitutes over 70% of the diet of common Pakistanis. Biofortification of Wheat is the most suitable, cost effective, and sustainable strategy foraddressing Zinc deficiency. The governmentof Pakistan has included biofortification as a part of its strategies to address malnutrition in the country. He said that with the support of HarvestPlus, federal and provincial wheat programs have developed three wheat varieties which are Zincol 2016, Akbar 2019, and Nawab 2021. Millions of farmers are cultivating these varieties due to their characteristics of better yield, resistance against diseases, and high zinc nutrition. There are more wheat varieties in the pipeline, which may help in addressing the widespread zinc deficiency in Pakistan.

Mr. Munawar Hussain, Advisor at HarvestPlus Pakistan said that a warming climate is a direct nutritional threat to the billions of smallholder farmers who rely on staple food crops for much of their diet. He said that as per the world bank report, the rising temperature may cause 3-17% depletion of protein and nutrient content of cropsespeciallyiron and zinc. The crops may lose 8-10% yield with the rising temperature. He added that Biofortification increases the level of micronutrients in many crops that are likely to lose nutritional value due to rising CO2 and temperature levels. He said it is encouraging that zinc biofortified wheat varieties are now becoming popular in Pakistan. The zinc wheat grain harvested in 2022 reached to more than 7 million people and it is further growing.

Mr. Mubarak Ali Sarwar, CEO AGAHE said earlier while sharing the objectives of the workshop that the role of the media is important in raising awareness among the population about issues like Zinc deficiency. He requested the media to play their due role in raising awareness among farmers and other value chain actors about the significance of the biofortification of wheat in addressing zinc deficiency.

Dr. Muhammad Imtiaz, HarvestPlus scaling and commercialization lead said that Harvestplus is a part of the global CGIAR system and helping the Research Institutions of Pakistan for the last fifteen years to develop test and release high zinc wheat varieties with objective is to eliminate “hidden hunger” among the most malnourished populations in the country. He emphasized that Government should continue mainstreaming biofortification in the food system and continue developing climate resilient nutrient dense crop varieties. He added that increasing production, awareness, and supply of biofortified zinc wheat and other nutrient dense crops can help to address the challenges of malnutrition. He further stressed the need of building the capacity of wheat value chain actors in the production, processing, and marketing of biofortified seeds, grains, and food products.

Dr. Baseer Khan Achakzai, Director Programs and Regulations at the Ministry of National Health Services, Regulation and Coordination, expressed his support for mainstreaming biofortification in public policies. He added that we are raising awareness among farmers and wheat value chain actors about significance of biofortified zinc wheat varieties to increase availability of biofortified zinc grain and foods.