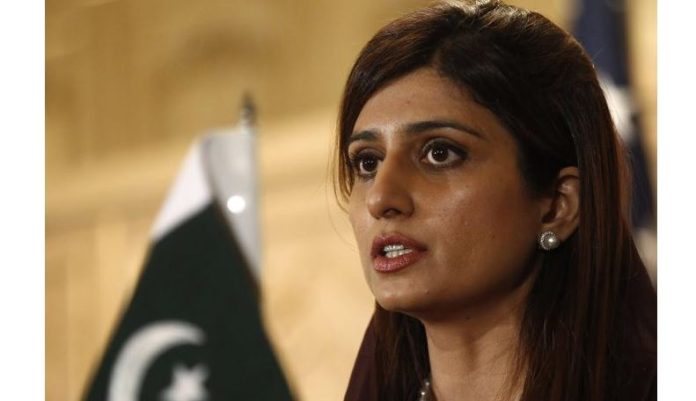 NEW YORK, /DNA/ – Victoria Nuland, Under Secretary of State for Political Affairs of the United States Department of State held a meeting with Hina Rabbani Khar, Minister of State for Foreign Affairs on the sidelines of the UNGA today.

The MOS thanked the U.S. Government for the solidarity it expressed with the flood victims by assistance of US $ 55 million and underscored that the recent visits of the US Congressional delegations and the members of Administration to Pakistan were a manifestation of the empathy that the United States had for the flood victims and the people of Pakistan. She apprised the Under Secretary on the devastation caused by the ravaging floods which directly affected 33 million people with punitive losses to Pakistan.

The MOS stressed that even though Pakistan was responsible for less than 1% of global emissions it was bearing the brunt of climate crisis. She also highlighted the relief efforts of the Government and emphasized that reconstruction and rehabilitation would require long-term commitments on part of the international community.

The MOS underscored that there was enormous potential for deepening and widening the Pakistan-US bilateral ties, particularly in the areas of trade and investment and in reinforcing people-to-people relations- based on mutual trust and mutual respect.

The MOS highlighted the deteriorating situation of the human rights in India and, in particular, how it was affecting the plight of the Kashmiris in the Indian Illegally Occupied Jammu and Kashmir (IIOJK) and emphasized the centrality of the resolution of the Jammu and Kashmir dispute for the regional peace and stability.

The Under Secretary offered condolences over the loss of precious lives in Pakistan due to the super floods. She maintained that the U.S. would support Pakistan in the reconstruction and rehabilitation process. She also reaffirmed that the US would widen its engagement with Pakistan in various areas including climate change, health, energy, and trade and investment.

The MOS also discussed the regional situation and emphasized the need for peace, development, and stability in Afghanistan and beyond.