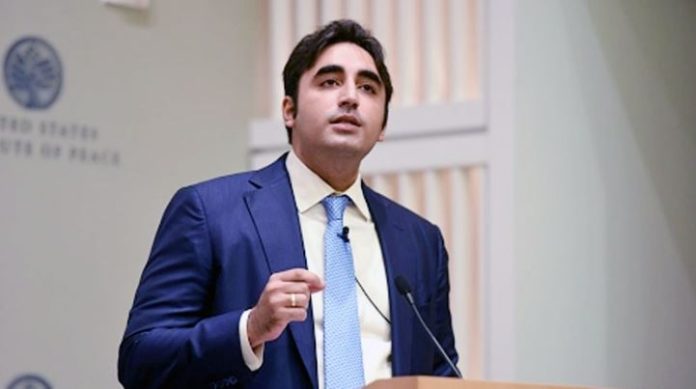 The Foreign Minister underscored that Climate Change was an existential threat for all nations and peoples. Its implications were becoming more pronounced, frequent and severe, such as the ones manifested in the recent catastrophic floods in Pakistan.

He emphasized that even with a minimal contribution to the global greenhouse gas emissions, Pakistan was facing the brunt of natural calamities in the form of heat waves, glacial outbursts, droughts, torrential rains and unprecedented monsoons, causing both human and economic losses.

The Foreign Minister highlighted the devastation caused by the recent climate-induced floods in Pakistan, including loss of lives and livelihoods as well as massive damage to critical infrastructure. He noted that the loss to the economy was expected to run over 30 billion dollars.

The Foreign Minister thanked the UN Secretary General for his solidarity visit to Pakistan earlier this month, and appreciated the sentiments expressed during the meeting by other participating countries.

The Foreign Minister stressed the need for collective and urgent action to build back better, in a greener and climate resilient manner. He proposed a number of actions for addressing the issue of climate change at the global level including in the context of the forthcoming CoP-27. The Foreign Minister called for a “Green Marshal Plan” to assist and support the most climate-vulnerable countries.

The Closed-Door Leaders’ Roundtable on CoP-27 was co-hosted by the Secretary General of the United Nations and Egypt, in its capacity as the President of COP-27.