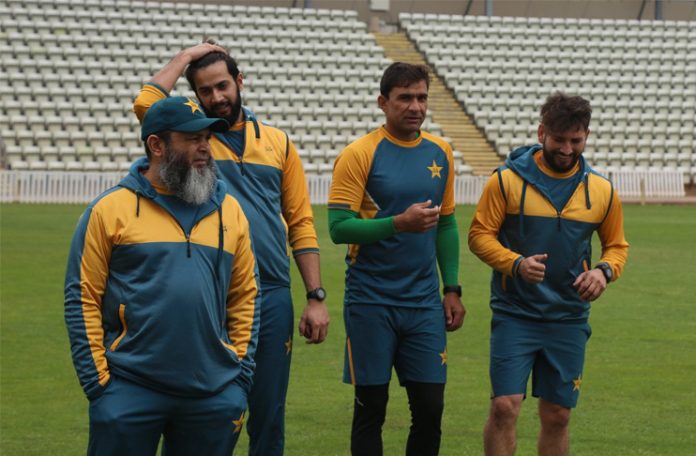 Karachi: Pakistan’s team bowling coach and mentor for the England tour believes that players will need to inspire each other in the absence of spectators to bring out the best results.

Pakistan are currently in a bio-secure environment at Worcester’s New Road Ground, where they have been preparing for the three-match Test series against England, which starts on 5 August in Manchester.

“This tour is being played in extraordinary circumstances. There are no spectators, there are hardly any journalists either to analyze the teams or the game. Players need to inspire each other, back each other, and support each other to the hilt,” Mushtaq told pcb.com.pk.

“I am happy with the start we have made, we are getting accustomed to the environment and conditions and still have a long time to go before the start of the series,” he added.

The new rules of cricket which have been implemented due to COVID-19 has not pushed Mushtaq back as he is as focused as ever.

“Despite the Covid-19 related challenges, the players have been exceptional so far. We are trying to make them familiar with the protocols and they have responded wonderfully well,” he added.

“Players are coping with the new regulations with regards to shining the ball as well. Historically, spinners have used saliva to shine the ball now they are being taught new methods in lieu of the revised ICC rules and regulations,” he maintained.

It must be noted that the schedule of the series have been released. According to the schedule, Pakistan will play the first Test of the three-match series from 5-9 August at Old Trafford, Manchester.

The second and third Tests will be played from 13-17 August and 21-25 August, respectively at the Ageas Bowl, Southampton.