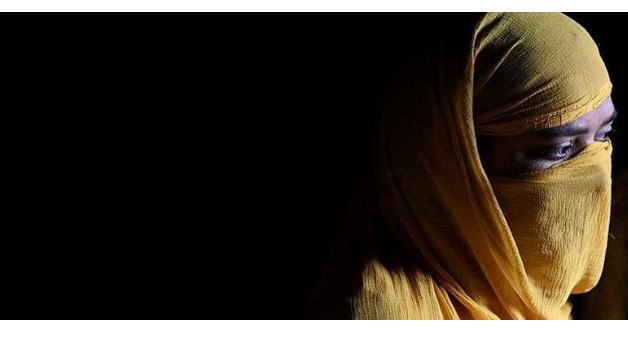 Almost all the 23 people believed to have died when police cracked down on a wave of protests in India‘s most populous state Uttar Pradesh little more than two years ago were reportedly Muslims.

Now, many members of the major religious minority fear more repression if Yogi Adityanath, a firebrand monk from the ruling Hindu nationalist Bharatiya Janata Party (BJP), wins another term in state elections that began this week.

Shahbuddin is a 26-year-old man who says his brother Aleem was shot dead by police during the 2019 crackdown just metres (yards) from his home in the Muslim quarter of the town of Meerut.

“We are scared that if this government stays it will kill our brothers, our kids and us just like this,” he tells outside his home in the narrow alleys of the town, declining to give his family name for fear of reprisal.

Adityanath “is a murderer, a terrorist”, Shahbuddin says.

Adityanath, 49, is the poster boy of a muscular Hindu nationalism that has gone from strength to strength in recent years, culminating in Prime Minister Narendra Modi and the BJP winning power in 2014.

Like Modi, 71, he has been a lifelong member of the militaristic Hindu-nationalist Rashtriya Swayamsevak Sangh (RSS), whose rallies and outfits are reminiscent of 1930s fascist organisations in Europe and which is the ideological parent of the BJP.

But in Uttar Pradesh, the BJP’s agenda has gone the furthest, with curbs on slaughterhouses — cows are sacred in Hinduism — and on the use of loudspeakers for the Muslim call to prayer.

Adityanath’s government brought in a law against “love jihad”, an alleged conspiracy by Muslims to hoodwink Hindu women into marriage to convert them to Islam.