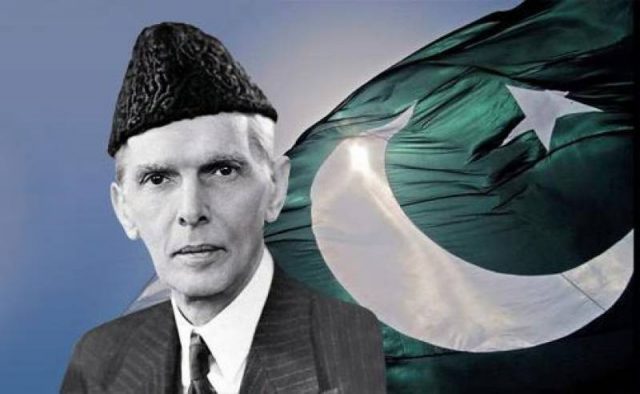 KARACHI, Sep 11 (DNA): The 74th death anniversary of the father of the
nation, Quaid-e-Azam was observed with due solemnity
on Sunday, with the pledges to follow his golden principles of “unity,
faith and discipline.”

The day dawned with special prayers in mosques and other worship places
for eternal peace of the departed soul and for peace and prosperity of
the country.

Acting Governor Agha Siraj Durrani and Chief Minister Sindh
visited the mausoleum of Quaid-e-Azam and paid tribute to his
struggle for a separate homeland.

In his message on death anniversary of the founder of Pakistan,
President Arif Alvi paid rich tribute to the founding father for his
vision, unwavering commitment, untiring hardwork and charismatic
leadership to win a separate homeland for the Muslims of sub-continent.

“On this day, we also remember Quaid for his struggle, for giving us a
country, and pledge to focus on his advice for infusing Unity, Faith and
Discipline in our ranks and files.”

He shared that Quaid-e-Azam in one of his address outlined the purpose
of making Pakistan and said that brotherhood, equality and fraternity of
man—these are all the basic points of our religion, culture and
civilization.

The president further quoted Quiad e Azam as saying:
‘We are now all Pakistanis, not, Pathans, Sindhis, Bengalis, Punjabis
and so on and as Pakistanis we must feel, behave and act, and we should
be proud to be known as Pakistanis and nothing else‘.

Prime Minister Shehbaz Sharif on Sunday said that the entire
nation paid tribute to the Founder of Pakistan, Quaid-e-Azam for his untiring struggle, sagacity and leadership qualities
which led to securing of Muslims’ rights in the sub-continent.

In a series of tweets, the prime minister said today, the nation was
observing 74th death anniversary of the Father of the Nation. Without
his dynamic leadership, the dream of a sovereign state for the Muslims
of India would not have come true.

The prime minister said today, there was a need for the nation to
emulate the Father of Pakistan’s everlasting principles of faith, unity
and discipline to face the current challenges.

The country gripped with financial difficulties was also braving the
natural calamity in form of floods, he added.

The prime minister expressed his firm confidence that with infusing the
power of faith, unity and brotherhood among their ranks, they would
achieve such kind of discipline that would not only lead them to
overcome the financial and post-flood challenges, but also help them
achieve the destination of Quaid’s great Pakistan.

The path might be littered with difficulties, but the attainment of
destination was not impossible, he added.

Speaking to reporters at the Jinnah mausoleum Murad said that
floods have killed 1500 people so far and that even UN Secretary-General
Antonio Guterres had said that Pakistan could not cope with the losses
alone.

In Sindh alone, 150 million people have been rendered homeless.

Durrani said that in these difficult times, politicians must put their
politics aside and work together to support flood survivors. DNA