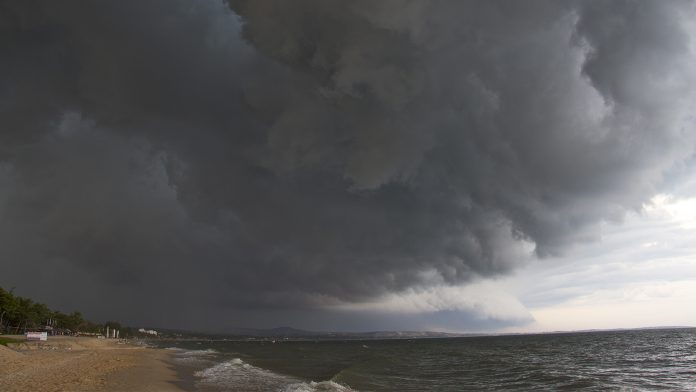 ISLAMABAD, The torrential monsoon rains across the country on Friday inflicted further lives and property losses as the total death count in various incidents reached 937 and 1343 individuals got injured since the onset of the rainy season.

The heavy rains caused roof collapse incident in Balochistan caused deaths of four children including two children died in Zhob and one child perished each in in Duki and Chaghi whereas three children got injured in Duki.

In Khyber Pakhtunkhwa’s some 13 perished due to flash floods various districts including four males in Lower Kohistan, one female each in Lakki Marwat and Lower Dir, five children in Upper Dir, one child each in Swat and Lower Kohistan. However, due to roof collapse one male in North Waziristan, one female in Lakki Marwat and a child passed away in Dera Ismail Khan whereas seven individuals got injured including a male in D.I. Khan, a female and four children in North Waziristan and one male got injured due to flash flood in Lower Kohistan.

In Punjab’s District Rajanpur, a female died due to drowning in high flow waters.

There was no incident or loss to report in Azad Jammu and Kashmir, Gilgit Baltistan and Islamabad Capital Territory (ICT).

In Gilgit Baltistan (GB), three roads were blocked including the Mujawir Road at Ishkoman Immit Valley, Hisper Valley Road and Ahmadabad Valley due to flash flood where restoration work was in progress as heavy machinery and staff were deployed on site.

In Balochistan, four highways and routes were blocked as the high flow of water blocked the N-25 Quetta-Karachi Highway as it washed away the Lunda Bridge. Similarly the M-8 motorway was also blocked due to land sliding also N-50 Zhob-DI Khan and N-70 Loralai-DG Khan highways were also choked and restoration work was in progress on all sites.

In Khyber Pakhtunkhwa, two connectivity routes were damaged due to landsliding including Swat Expressway Palai and Panakot Road where restoration work was underway.

In AJK, the Azad Pattan Road was blocked due to landslide and restoration work was underway as proper machinery and staff were deployed on site.

In Punjab, the N-55 Fazilpur-Rajanpur highway was blocked due to floodwater intrusion where the restoration of the connectivity route was in progress. The report highlighted that a widespread thunderstorm and rain of heavy to very heavy intensity with extremely heavy falls at isolated places was expected over Sindh, Eastern Balochistan along with Dera Ghazi Khan and Dera Ismail Khan Divisions.

It added that isolated thunderstorm and rain was expected over rest of the country except Western Balochistan.