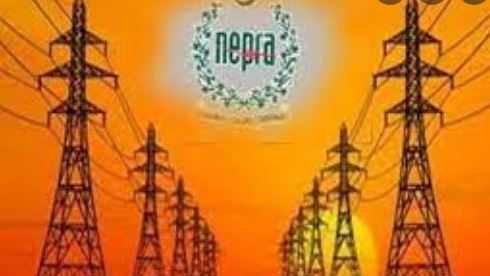 The National Electric Power Regulatory Authority (Nepra) on Thursday approved a hike in the power tariff by Rs7.9 per unit on account of an increase in fuel prices, capacity cost and the impact of the rupee’s devaluation.

Nepra said it determined different consumer-end tariffs for each distribution company (XWDiscos), owing to their different revenue requirements and varied levels of technical and distribution losses allowed to them.

It added that the uniform tariff, determined by Nepra after incorporating the amount of subsidy/surcharges intimated by the government, is forwarded to the government for notification. “The tariff once notified is then charged to the consumers.”

The brief by the regulator also said that the energy purchase price was projected at Rs1.5 trillion, while the cost of capacity charges was projected as Rs1.3 trillion.

“Total revenue requirement of XWDiscos, including Discos margin and prior year adjustment, is projected as Rs2.8 trillion with projected sales of 113,001 gigawatt hours (GWh),” it said.

Mepco, Gepco, Hesco, Sepco, Qesco, Pesco and Tesco have been allowed an investment of around Rs406 billion for their distribution investment programme for the five-year period, the regulator said, adding that the technical and distribution losses of XWDiscos were reduced from 13.46 per cent to 11.70pc for the FY 2022-23.

The decision comes after the government increased the prices of petroleum products by Rs30 per litre in a move aimed at placating the International Monetary Fund (IMF) for an economic bailout.

Last week, Minister of State for Petroleum Musadiq Malik had warned that an increase in electricity tariff would follow fuel price adjustment through withdrawal of subsidies.

In addition, inflation during the month of May rose to a nearly two-and-a-half-year-high at 13.76 per cent, on the back of increasing transport and food prices. Inflation accelerated from 13.37pc year-on-year (YoY) in April, marking a 0.44pc month-on-month (MoM) rise in May.