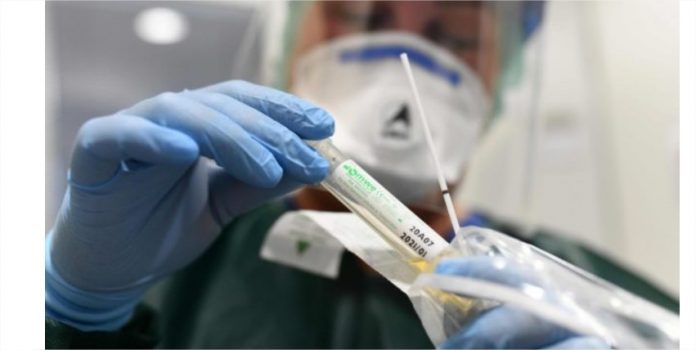 The World Health Organisation said Friday that a global initiative to speed up the development and production of Covid-19 tests, vaccines and treatments will require more than $30 billion over the next year.

Providing details of the so-called ACT accelerator, launched in April and aimed at pooling international resources to combat the pandemic, WHO said “the costed plans presented today call for $31.3 billion in funding”.

So far, $3.4 billion of that had been pledged, the UN health agency said, pointing out that an additional $27.9 billion was needed over the next 12 months, including nearly $14 billion to cover immediate needs.

The announcement came ahead of a major pledging event in Brussels in support of the ACT accelerator, set to take place on Saturday.

“This is an investment worth making,” Ngozi Okonjo-Iweala, a special envoy for the ACT accelerator, told a virtual briefing. “If we don’t rally now, the human costs and the economic pain will deepen.”

“Though these numbers sound big, they are not when we think of the alternative. If we spend billions now, we will be able to avoid spending trillions later.

“The time to act is now, and the way to act is together,” the former Nigerian finance minister said, stressing the need for equal access for all to any safe and effective vaccines and treatments developed.

Her comments came as the world counts nearly 490,000 deaths from Covid-19 and over 9.6 million cases since the new coronavirus emerged in China late last year, according to an AFP tally from official sources.

“It’s clear that to bring Covid-19 under control, and to save lives, we need effective vaccines, diagnostics and therapeutics, in unprecedented quantities and at unprecedented speed,” WHO chief Dr Tedros Adhanom Ghebreyesus told the briefing.

He stressed though that a core principle of the initiative is to ensure equal access for all.

“Vaccines, diagnostics and therapeutics are vital tools,” he said. “But to be truly effective they must be administered with another essential ingredient, which is solidarity.”

The funds requested should make it possible to deliver 500 million tests and 245 million courses of treatment to low and middle-income countries by mid-2021.

They also aim to deliver two billion vaccine doses by the end of next year.

Dr Soumya Swaminathan, the WHO’s chief scientist, pointed out during a separate briefing on the vaccine pillar of the project, known as COVAX, that antibody studies indicate that “a large, large proportion of the world’s population, 90%, continues to be susceptible.”

“The best bet we have really if we are going to end it… is to have a vaccine as soon as possible.”

There are currently around 220 vaccine candidates, with 15 in clinical trials, and experts are hoping a handful of them will prove successful.

The problem is that investing in vaccine development can be risky, since 80% of vaccines in early stage development fail before reaching clinical trials.

And since there will be a need to produce billions of doses quickly, manufacturing capabilities need to be scaled up before it is even clear whether a candidate will be successful.

To address this obstacle, COVAX is aimed at pooling financial and scientific resources, making it possible to hedge the risk of backing an unsuccessful candidate, and ensuring that lower-income countries receive equal access to successful vaccines.

“The critical issue (is) speed. If we lose a month now, that could mean 200 million fewer doses in 2021,” Seth Berkley, head of the Gavi Vaccine Alliance, told reporters.

Even producing two billion vaccine doses by the end of 2021 will be far from enough to vaccinate everyone.

Experts therefore insist on the need to guarantee that vulnerable groups and health workers worldwide receive the first jabs.

“Having a subset of populations of high risk vaccinated around the world is the best way to control the pandemic,” Berkley said.