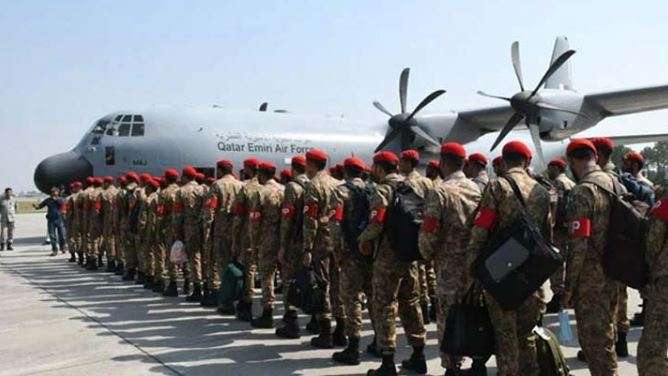 ISLAMABAD – A security contingent of Pakistan Army left for Qatar on Monday from Nur Khan Airbase to assume security of FIFA World Cup 2022.

Pakistan Army will assist the Qatari government in security of FIFA World Cup.

The Gulf country will be hosting the extravaganza for the very first time. It had requested Pakistan Army for security assistance during the mega event. A four-member delegation of Qatari interior ministry had also visited Pakistan in August to discuss the matter.

The troops travelling to Qatar for FIFA World Cup 2022 were trained on security by FIFA’s eight-member international training team when it visited Pakistan in September.

The federal cabinet had already granted approval to the Pakistan Army-Qatar agreement on providing assistance during the mega football event.