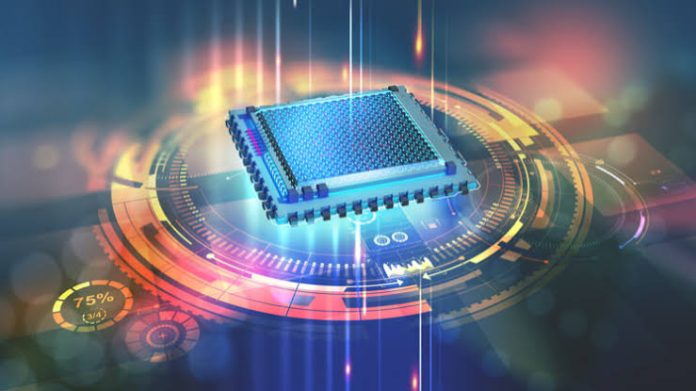 “We are working in collaboration with Northwest A&F University, China, to explore the effectiveness of nano-nutrients such as nano-biochar and liquid formulations containing a variety of nano-nutrients to improve the productivity of different potential crops such as wheat, maize, and several summer and winter vegetables”, said Prof. Dr. Ashraf who is also Vice-Chancellor of the University of Lahore.

“In doing so, we hope to meet the challenges of food insecurity, especially under the backdrop of climate change”, he added.

Currently, water shortage and temperature extremities are affecting crop production and quality in Pakistan. During the initial phase of the experimentation under the cooperation project, researchers conducted a trial to maximize plant water use efficiency through various mulching.

Together with the nano-biochar application. “This benefited the crop water use efficiency to a great extent and increased productivity to signify large-scale applications”, Prof. Dr. Muhammad Ashraf told CEN.

According to him, significant progress has been made over the past decade, and numerous stress-tolerant cultivars/genotypes of economically important and edible crops have been identified.

In the next step, the workgroup of the cooperation project will apply organic nanomaterials to various field crops, including wheat, maize, rice, cotton, and sugarcane.

“The experiments of organic nanomaterials application will be performed in the fields of local farmers, which is the ultimate objective of this collaborative research project between Pakistan and China to promote agriculture and revolutionize state-of-the-art production technologies”, informed Prof. Dr. Muhammad Ashraf.

Compared with chemical fertilizers, nano-fertilizers that contain nanoparticles with sizes ranging from 1 to 100 nm have been introduced since the former releases nutrients slowly in the medium and has higher nutrient use efficiency. Nano-fertilizers have also been widely reported as promoters of the growth and yield of crops under stressful environments.

Thus, the primary objective of Pakistan-China nanotech cooperation is to assess the real-time influence of nanomaterials, particularly of organic nature (nano-biochar and nano-nutrients) if they could promote the growth of potential crops.

“These are value-added nanomaterials manufactured from waste biomass and possess an immense potential to improve crop production”, introduced Prof. Dr. Muhammad Ashraf, “very limited studies have been performed to investigate the practical application of such nanomaterials, so they are potentially ideal candidates to provide essential nutrients to plants with minimum disturbance to the environment”.

So far, the efficacy of both nano-biochar and nano-nutrients has been compared with some potential nano-fertilizers, including zinc and iron oxide nanomaterials.

As a way forward, tests will be conducted on i) the potential of both nano-biochar and nano-nutrients on winter and summer vegetables as well as wheat and maize, ii) comparing the relative effectiveness of different nano-materials on these crops to establish an understanding of the effectiveness of these novel nanomaterials in terms of crop growth improvement and to disseminate this valuable information to the local and international community as well as researchers.

“Another key aspect of this joint research collaboration is to promote Bio-health agriculture in China and Pakistan, which focuses on natural ways of improving pre-existing agricultural systems without using synthetic inputs,” Prof. Dr. Muhammad Ashraf said. It is also a sustainable way to conserve soil water contents and organic matter for sustainable use of agricultural inputs.

The Pak-China Biohealth Agriculture Demonstration Park was inaugurated last year. The concept of “Biohealth Agriculture” (BHA) was put forward by Professor Zhang Lixin of Northwest A&F University in 2017 at the first International Symposium on the Belt and Road Bio-health.

It refers to a modern way of agricultural production that employs advanced biotechnology and processes and can be applied to crop cultivation, livestock farming, rural tourism, farm produce, etc.

“On the one hand, both students, the local community, and farmers will be acquainted with novel ways to improve crop production while simultaneously reducing synthetic chemical fertilizer inputs, which are injurious to the health of all organisms including humans and animals.