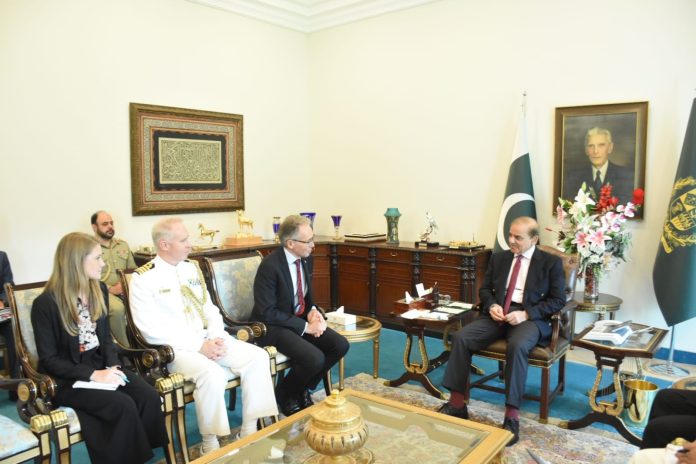 Calls for just solution of the Kashmir issue;says

The Prime Minister appreciated the steady progress achieved in bilateral relations over the years and reaffirmed Pakistan’s strong desire and commitment to further enhance cooperation in diverse fields such as trade and investment, agriculture including wheat production, livestock including cattle raising, educational and technical cooperation, direct air-links, skilled migration, and people-to-people contacts.

The Australian High Commissioner reciprocated the desire for further strengthening of bilateral relations and conveyed profound gratitude for Pakistan’s facilitative role in safe evacuation of their nationals and others from Afghanistan.

The Prime Minister highlighted the cooperation that Pakistan continued to extend to the international community in the wake of the situation in Afghanistan, particularly since August last year.

The Prime Minister added that Pakistan desired peaceful ties with India, based on the principles of equity, justice and mutual respect. In this context, a just and peaceful resolution of the Jammu and Kashmir dispute in accordance with the relevant UNSC resolutions and the wishes of the Kashmiri people was indispensible. The Prime Minister stressed that the international community had to play a facilitative role in this regard, as it was essential for durable peace and stability in South Asia.

The High Commissioner thanked the Prime Minister for receiving him and expressed his resolve to further increase and diversify the existing ties between Australia and Pakistan.