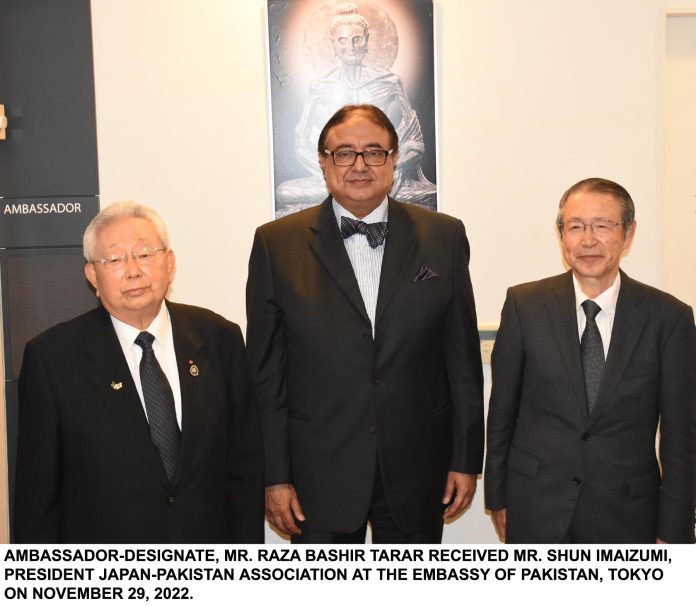 ISLAMABAD, NOV 29 (DNA) — Ambassador-designate of Pakistan to Japan Raza Bashir Tarar and President Japan-Pakistan Association Shun Imaizumi on Tuesday discussed the bilateral ties, cooperation in the fields of business, industry and the situation arising out of recent floods in Pakistan.

While commending the good work of the Association, the ambassador-designate underlined the need for further enhancing the relationship between the two countries. He also assured the Association of full cooperation in this regard. =DNA