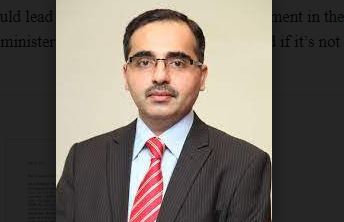 ISLAMABAD: The Friends of Economic and Business Reforms (FEBR) has asked the government to exempt the industrial zones from electricity load shedding, as the power crisis, all over the country, has worsened and the total shortfall has crossed the level of more than 7,440MW. He endorsed the Prime Minister’s statement that Pakistan’s oil import bill is very high, which could only be reduced by promoting green energy.

FEBR President Kashif Anwar urged the government to end load shedding from the industrial area as power interruption is causing drastic effects on production and exports.

He said that FEBR has already demanded that policies should be made to ensure that Pakistan goes solar, as salvage of our economy, as well as, securing future of our coming generations is closely linked to renewable energy.

He appreciated that the prime minister has stressed the need for a compulsory solar geyser policy for every household.

Kashif Anwar said that banning import of luxury goods would greatly save our economy and help bridging the yawing current account, as well as, trade deficit.

He said after costly foreign loans, our huge oil import bill is another major factor devouring our precious foreign exchange reserves. He said though it would take decades to come out of the foreign debt trap, but going solar could provide some immediate relief in shape of lesser oil imports. He said it would also reduce skyrocketing bills of domestic, commercial, industrial and agricultural electricity consumers.

He also welcomed the government to allow one-time special permission for the release of stranded consignments of banned items at ports and airports reached on or before June 30, 2022, appealing the authorities to also compensate the importers through payment of demurrage and detention charges, as the companies had faced huge losses in this regard. He appreciated the decision the Economic Coordination Committee of the Cabinet, especially the Finance Minister Miftah Ismail, who took the initiative on the demand of the business community.

Regarding power situation, he said that the country has an installed capacity of electricity of over 39,000 MW, but currently the system is producing 15,000 MW of electricity, which shows the inefficient performance of the power sector. He said that Pakistan’s energy sector has been facing great losses and distortions in the distribution sector for years, costing the national exchequer billions of rupees annually. He also stressed for bringing drastic improvement in the performance of power companies as uninterrupted supply of electricity to businesses and industries is the key requirement to ensure better growth of economy.

He feared power outages would lead to an alarming rise in unemployment in the industries and urged the federal government to immediately resolve the issue. The prime minister should take immediate steps and if it’s not resolved, the situation may become more serious, he added.