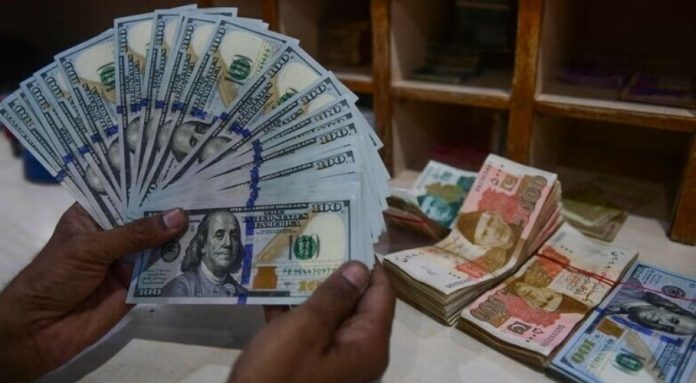 Shorter-dated issues suffered the biggest decline with the 2024 bond being bid at 40.2 cents on the dollar, according to Tradeweb data.

Bonds due in 2025 and 2027 fell just over 4 cents while longer-dated maturities received bids at just over 36.6 cents in the dollar.

Inflation in Pakistan is exceeding 27 per cent.

Discussing the future roadmap, the senator said he would try to stabilise the currency before moving on to other targets.

“Our currency does not deserve to be there where it currently is. I believe some speculators who had been playing the game have now stopped. Before I landed here, they had started going in a good direction,” he added. “Our second priority is to bring inflation and interest rates down.”

To another question, the senator said his predecessor Miftah Ismail did everything he could to fix the economy.

“We will build it more and this is a consistent effort,” he added.

Long-term worries about Pakistan’s finances have been compounded over the last month by devastating Monsoon floods.