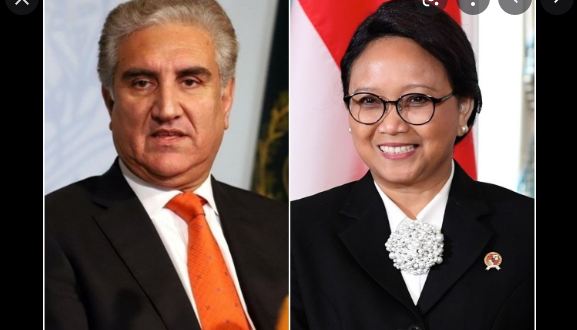 Foreign Minister Qureshi emphasized that Pakistan highly values its fraternal ties with Indonesia and desires to further enhance them across the political, trade and economic dimensions. He also expressed the desire to enhance cooperation between the two countries in the framework of United Nations and ASEAN.

The Foreign Minister outlined Pakistan’s perspective on the situation in Afghanistan. He highlighted the importance of sustained engagement with Afghanistan to promote peace and stability, and to meet the humanitarian needs of the Afghan people. The two Foreign Ministers discussed the role of the Organisation of Islamic Cooperation (OIC) towards meeting these objectives.

The Foreign Minister briefed his Indonesian counterpart on the grim human rights situation in Indian Illegally Occupied Jammu and Kashmir (IIOJK). He shared a Dossier containing evidences of the gross, systematic and widespread violations of human rights and international humanitarian law including the 4th Geneva Convention by the Indian security forces in the occupied territory.