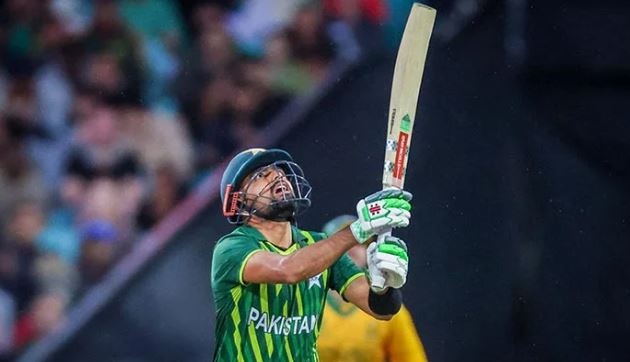 Sydney, NOV 5: Pakistan batsman Shan Masood on Saturday praised his team’s character in battling back to stay in the hunt for a semi-finals spot after losing their first two matches at the Twenty20 World Cup.

Captain Babar Azam’s side need to win their final Super 12 match against Bangladesh in Adelaide on Sunday — and for other results to go their way — to grab a place in the final four.

Pakistan suffered heartbreaking losses to arch-rivals India and Zimbabwe before finding form and drubbing South Africa on Thursday in a dramatic, rain-affected match in Sydney.

“The timing of the losses proved costly for us because we are still not in that top two position,” Masood told reporters.

“But we haven’t lost hope. Life teaches us harsh lessons and this was one of them. The way it affected the boys, they lost sleep, their morale went down. And how we responded after those setbacks showed our character and it was a big thing.

“The best to come out of failure is that you learn from your mistakes. If we look at it from a balanced point of view, then we see the team has responded well since the loss to Zimbabwe.”

Pakistan, currently third in the wide-open Group 2 table, can advance if India lose to Zimbabwe in the last league match on Sunday. They are also in if South Africa lose their clash against the Netherlands or the match is a washout.

Masood said the way Pakistan fought back to post 185-9 against South Africa, after being in trouble at 43-4, and then winning by 33 runs via the DLS method had lifted the morale of the team.

“Mood is good. South Africa dominated the early stages of the game, but the way we came back and bowled well, even after the rain break, we kept up our momentum,” said Masood.

“So we will focus on taking two points from the Bangladesh game and that is in our hands. Hope will always be there till the last ball is bowled in this group.”

Bangladesh, who had narrow wins over the Netherlands and Zimbabwe, also have a slim chance to advance if they win against Pakistan at the Adelaide Oval.

The Tigers gave India a scare in their previous match — decided by the DLS method — and are level at four points with Pakistan, but with a far inferior run-rate.

But technical consultant Sridharan Sriram said he is proud of the show his boys have put on in this tournament.

“This is the best tournament Bangladesh has ever had in a T20 World Cup,” Sriram told reporters.

“We’ve never won two games in Super 12s in the history of Bangladesh cricket, so we’ve done that, so I think the boys should be proud of themselves.”