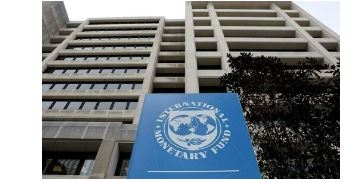 ISLAMABAD: Pakistan will have to take at least two more “prior actions” to secure two combined tranches of about $1.85 billion from the International Monetary Fund (IMF) by the end of July or early August.

Top government sources said these prior actions — which will be in addition to a series of structural benchmarks for the performance review — would be necessary for the Fund’s executive board to approve the merger of the seventh and eighth quarterly reviews of the 39-month, $6bn loan programme that originally began in July 2019.

Finance Minister Miftah Ismail announced on Tuesday that Pakistan had received the Memorandum of Economic and Fiscal Policies (MEFP) from the IMF for the combined seventh and eighth reviews.

Under the MEFP, prior actions include the passage of the federal budget as agreed to with the IMF and presented in the National Assembly on June 24 and present a memorandum of understanding (MoU) duly signed by the provincial governments to jointly provide about Rs750bn cash surplus to the Centre.

The MEFP is based on budgetary measures announced by Mr Ismail in his winding-up speech on the revised budget in the National Assembly last week, envisaging over Rs1.716 trillion (2.2pc of GDP) of fiscal adjustment, mostly through taxation, including 10pc super tax on 13 industries and personal income tax covering monthly incomes above Rs50,000 per month.

This is on top of a fixed tax regime for sectors like retailers, traders, jewellers, builders, restaurants, automobile and property dealers and so on.

This is the biggest fiscal adjustment in a single year that would help turn about Rs1.6tr primary deficit — the difference between revenues and expenditures excluding interest payments — during the current fiscal year into a Rs152bn surplus next year.

The Ministry of Finance projected a Rs800bn (about 1pc of GDP) provincial surplus in the budget to help contain a consolidated budget deficit at 4.9pc of GDP, but three provinces — Sindh, Balochistan and Khyber Pakhtunkhwa — announced deficit budgets or no surplus. This nullified the impact of about Rs125bn surplus announced by Punjab that was too lower than its share.

Therefore, the federal government is now required to share with IMF an MoU with provinces along with the finance bill passed by parliament as prior actions to ensure that budget numbers presented in the fiscal framework would be adhered to.

The two sides would then jointly go through the MEFP over the next couple of days before formal signing by the finance minister and the State Bank governor to enable the fund staff to circulate Pakistan’s case among the executive board members for approval.

In all probability, two tranches of about $918 million each (or $687m Special Drawing Rights, or SDRs) would be made available to Pakistan at once in the last week of July of the first week of August, the officials said.