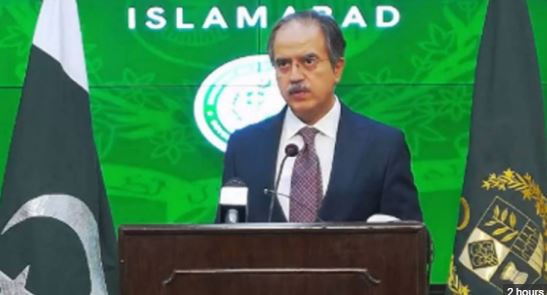 The statement comes days after the chief electoral officer in the occupied valley, Hirdesh Kumar, announced that non-locals living ordinarily could register their names in the voting list.

“Jammu and Kashmir is likely to get around 25 lakh additional voters, including outsiders, after the special summary revision of electoral rolls,” The Wire quoted Kumar as saying.

The report added that his remarks drew angry reactions from mainstream political parties in IIOJK.

In a statement issued today, Foreign Office (FO) spokesperson Asim Iftikhar Ahmad said the latest announcement of “permitting even temporary residents in the occupied territory, including outside workforce and security personnel, to register as ‘voters’ is a clear manifestation of the treacherous Indian design to influence the outcome of ‘so-called’ elections in IIOJK.”

“Pakistan reiterates its complete rejection of India’s entire litany of steps aimed at turning the Muslim majority in IIOJK into a minority — including the formulation of the so-called ‘delimitation’ commission and its baseless report, the issuance of fake Kashmiri domiciles to millions of outsiders, and changes in the property laws.”

The spokesperson said that despite the “reprehensible measures” that followed the revocation of the region’s special autonomy in 2019, India would not be able to break the will of the Kashmiri people or mislead the international community.

“The government of India must desist from all actions in IIOJK that violate international law, the United Nations Charter, and the 4th Geneva Convention,” he said.

The FO further called upon the international community to take immediate cognisance of blatant Indian attempts at “effecting illegal demographic changes” in IIOJK and to hold India accountable.