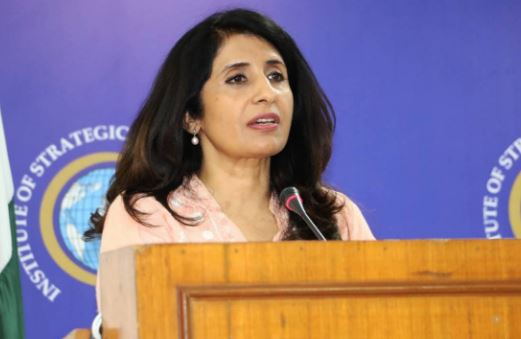 ISLAMABAD, NOV 14 (DNA) — Foreign Office spokesperson Mumtaz Zahra Baloch while responding to a question regarding the verdict in last year’s terrorist attack on Chinese engineers working on the Dasu hydropower project said the Foreign Office has noted the judgement passed by the relevant Court and details released by the local police.

“While specific queries may be directed to the relevant authorities, the proactive investigation, prosecution and judgment in this case have once again demonstrated Pakistan’s abiding commitment to counterterrorism,’ added Baloch.

“We again extend our deepest condolences to the victims’ families and remain committed to the safety and security of Chinese workers, projects and institutions in Pakistan. The ironclad Pakistan-China All-Weather Strategic Cooperative Partnership will never be undermined by hostile forces.”

Last Friday, a special Anti-Terrorism Court (ATC) has handed over death sentence to two accused of a terrorist attack on a bus carrying Chinese engineers working at Dasu Hydropower Project.

On July 14, 2021, 120 Chinese engineers and three Pakistanis workers were traveling to the Dasu Hydropower Project construction site when their bus was targeted by terrorists with a car driven by a suicide bomber. The bus got out of control of the driver due to the impact of the blast and plunged into a deep ravine. The incident led to the death of at least 13 people, including Chinese engineers, two FC officers, and two laborers.

Abbottabad police and the CTD of a premier intelligence agency and a special team not only solved a completely blind case but also took it to its logical conclusion.