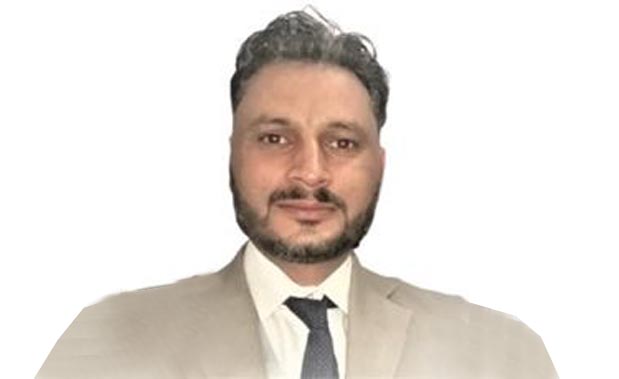 Food security in Azad Jammu & Kashmir is one of the paramount issue that needs to be considered at both the institutional and community levels. When it comes to struggling to makes ends meet, people frequently blame hoarders and the governments for the rise in the cost of basic food items. As the economy worsens and the majority of people struggle to afford basic essentials of life, anxiety increases and creates a sense of insecurity, which culminates into negative opinions.

This unrest in society develops when the issue grows and spreads both vertically and horizontally. With the passage of time, this societal unrest stemming from individual frustration to societal dissatisfaction becomes source of polarized political and philosophical approaches. At this point, it also gets an easy task for other states to exploit the situation and wage psychological and hybrid warfare. In short, a deteriorated social structure may be detrimental to the national security of a state and thus requires securitization.

Statistics from the AJK Planning and Development Department show that as of the 2017 Census, there were 4.045 million people living in the 1768 villages that make up the AJK area. Intriguingly, there are not any overcrowded districts in AJK, however approximately 30% of people are unemployed. Despite this unemployment, there is a decline in agricultural employment in rural areas.

Dependence on non-productive and non-technical services as well as excessive resource waste are the main causes of the region’s declining economic conditions, which fuel social dissatisfaction. Azad Jammu & Kashmir was self-sufficient in staple foods such as maiz, rice, and vegetables a few decades ago. Even wheat has been grown as a necessary crop, and a considerable section of the population was able to meet its needs.

When people were effectively using land and other natural resources for production, a sizeable chunk of the needs of the rural population were also being fulfilled by locally grown brinjal, beans, chillies, mustard, spinach, garlic, tomato, potato, coriander, turnip, carrot, radish, and other crops. In different parts of AJK, there are many medicinal plants, including shrubs and herbs, but no effective management has yet been put in place.

Better oversight, instruction, and processing capabilities may be advantageous to the people of AJK because they may not only enhance employment opportunities but also considerably enhance their domestic needs. The economic and social strength in AJ&K eventually declined as a result of the societal inclination to towards a non-agricultural lifestyle, especially after the 2005 earthquake.

With respect to the numerous facets of food security, such as its production, availability, usage, quality, safety and health, AJK was significantly affected, with subsequent psychological and political implications. An increased crime rate, a culture of bribery in public sector workplaces, violence, and most importantly, a decline in national integration  have become an essential part of our society. To evaluate differences and changes in these socially important traits that ultimately weaken intra-national bonding, a careful analysis is needed. Universities, institutions, and individual scholars must concentrate on these specific concerns that are harming national integrations, religious harmony, and giving informational warfare a platform. All of these social evils are essentially connected to stress and anxiety on an individual and societal level, which is a result of the adjustments we made to change our cultural and historical posture.

In AJK, a substantial portion of the land has now turned into wasteland. When compared to the period before the 1990s, agricultural and vegetable production fell by 70%. The state’s economy is heavily dependent on non-technical jobs and the diaspora in Europe and the Middle East. On the one hand, these non-technical job holders lack the qualifications to contribute in almost any manner to industrial development, while a major section of the diaspora is not a resident of any foreign country and, as a result, lacks future food security when they return home.

The national security policy (2022-26) is the most valid instrument that tackles this important topic. The portion of the policy document that is not classified demonstrates that we are aware of the significance of these overlooked facts, which are critical for maintaining national security. However, immediate and efficient action must be taken to restore the AJK society’s shattered portions, particularly food security playing a key role. Existing systems for ensuring food security need to be improved.

Assessment of production and use on a village-by-village basis is the initial important prerequisite. Even though AJK’s agricultural, livestock, and natural resource potential has been studied widely, the refined and comprehensive plan is still necessary to achieve the intended outcomes. The micro-financing should be extended and youth and students should be given small loans for specific agricultural and food production projects.

Infact, ensuring the food security in AJK will ensure the national security. Engaging and supporting students, young people, and non-technical workforce in proper resource usage to improve economic conditions will have profound impacts. Additionally, it calls for appropriate instruction and significant reforms in primary education. The responsible authorities should introduce trainings for practical capacity management and sustainable resource at village, school and college level.

There is also a dire need for intra-departmental coordination with respect to the food security in AJK. The linkage between public offices, the university researchers and local markets is still missing and thus needs a serious attention. If the government becomes able to successfully address the problems with food security in AJ&K, this will have a positive impact on intra-state political and social environment as well as national integration.