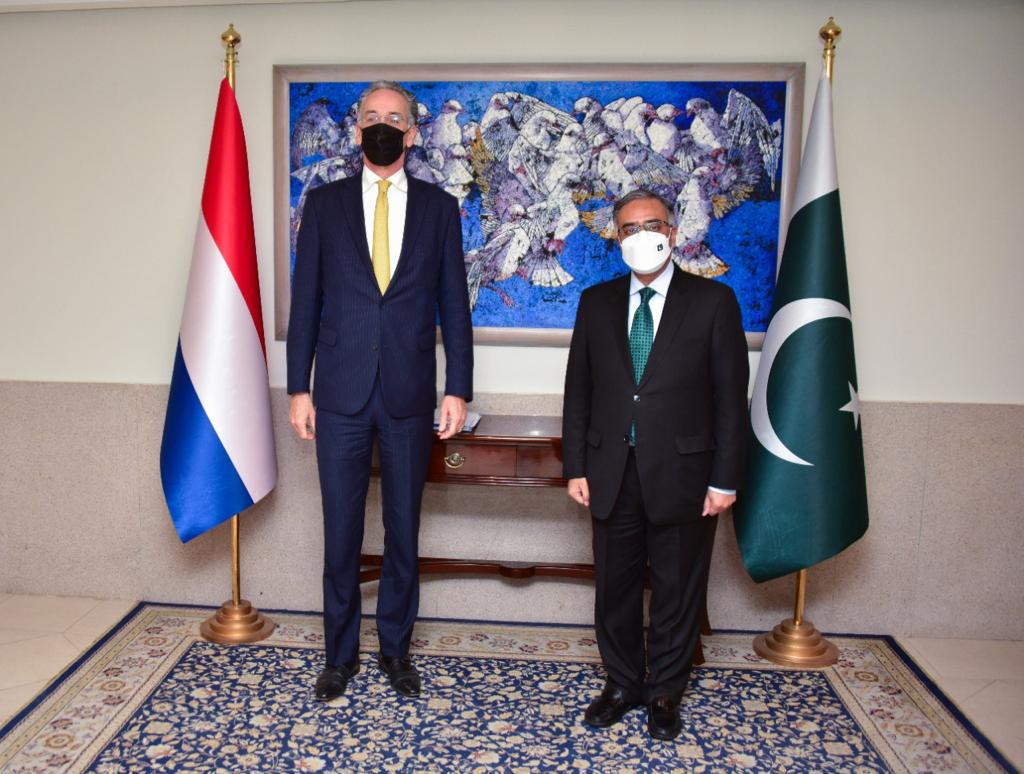 The 9th Round of Pakistan-The Netherlands Bilateral Political Consultations (BPC) was held today. Foreign Secretary SohailMahmood and Mr. Paul Huijts, Secretary General at the Ministry of Foreign Affairs of the Kingdom of The Netherlands, led the respective sides.

The two sides reviewed bilateral cooperation in a range of areas including political, economic, trade and investment, climate change, education and culture. They also exchanged views on regional issues. Expressing satisfaction at the upward trajectory of bilateral relations, the two sides reaffirmed their commitment to sustain and further expand the positive momentum in diverse fields. It was also agreed to celebrate the 75 years of establishment of diplomatic relations between Pakistan and The Netherlands this year in a befitting manner.

The Foreign Secretary highlighted Pakistan’s emphasis on geo-economics. He stated that The Netherlands was a major trade partner of Pakistan in the European Union and hoped that the Dutch companies would take advantage of the investment opportunities created by business-friendly policies of the government.

The Foreign Secretary highlighted Pakistan’s facilitative role in evacuation operations from Afghanistan and reiterated Pakistan’s commitment in supporting the international community in its efforts to strengthen peace and stability in Afghanistan. He underlined the urgency to assist the Afghan people in order to avoid humanitarian crisis and economic meltdown.

The Foreign Secretary also briefed on India’s illegal and unilateral actions of 5 August 2019 and steps to alter the demographic structure of Indian Illegally Occupied Jammu and Kashmir (IIOJK). The Foreign Secretary underlined the importance of international community playing its part in addressing the dire human rights situation in IIOJK and resolving the Jammu and Kashmir dispute in accordance with relevant UNSC resolutions.

The Secretary General appreciated Pakistan’s assistance in its evacuation operations from Afghanistan and hoped for Pakistan’s continued support in this context.

Pakistan and The Netherlands enjoy cordial relations bilaterally as well as in the context of the EU. The Netherlands is an important trading partner and one of the largest investorsin Pakistan.