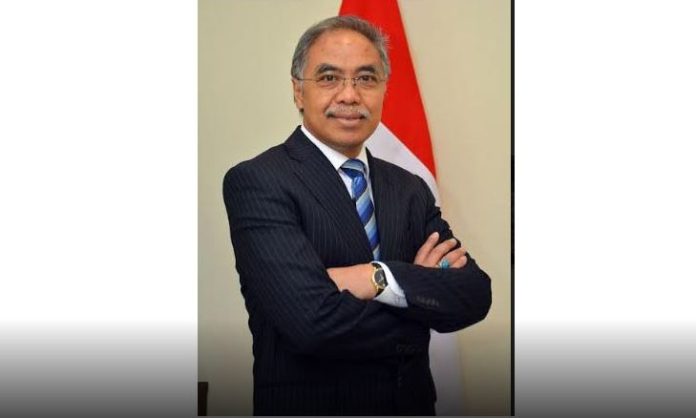 Indonesia is the largest supplier of palm oil to Pakistan as the palm oil would now be available in the local markets, Ambassador Adam Mulawarman Tugio told state run official media outlet.

In this regard, the Indonesian government is paying a special attention to increase the supply of Palm oil into Pakistani markets. He acknowledged that due to the ban on exports of palm oil, people and traders of Pakistan had faced difficulties.

For that matter, the Indonesian embassy in Islamabad will fully cooperate with the local market, said the ambassador. Last week, Indonesian President Joko Widido lifted the ban on palm oil exports.

The Ambassador said that in early May, 2022, the Indonesian government temporarily banned global exports of palm oil for local market regulation and stabilization. Moreover, ambassador apprised that considering the global trade dynamics and the global supply chain, the decision was made on palm oil exports, which would improve price stability in Indonesia’s domestic market.

The Ambassador said, with the arrival of holy month of Ramzan, edible oil consumption in Indonesia also increased and it becomes difficult to provide edible oil to the local Indonesian market of 270 million people with global exports.

Replying to a question, he said that the global consumption of palm oil worldwide was currently 70 MT, of which 33 MT was produced in Indonesia. Similarly, Indonesia is the world’s largest exporter of palm oil, which also impacts the local Indonesian market and has to be adjusted according to its prices, he said.

In response to another question, he said that Pakistan was a big consumer of Indonesian palm oil as Islamabad was exporting $2.8 billion worth of palm oil annually from Indonesia. Adam M. Tugio said the policy was designed to meet the demand for palm oil in the local market in Indonesia, both at domestic and industrial level.

Meanwhile, Amir Waheed, former president of Islamabad Chamber of Commerce and Industry (ICCI) and Palm Oil Exporter from Indonesia, appreciated the resumption of palm oil exports by the Indonesian government.

Amir Waheed said that there would be a stabilization in ghee and edible oil prices in the local market. He said that the ban on palm oil export from Indonesia has an impact on both industrial and domestic levels in Pakistan. He said that due to demand and supply, local prices of edible oil had increased.

Senior business leader and former president, ICCI Atif Ikram, said that the Indonesian government has taken a good step by restoring palm oil supply to Pakistan. According to the data issued here by Pakistan Bureau of Statistics, the palm oil import surged by 46.74 percent during the first three quarters of the current fiscal year as compared to the corresponding period of last year.

The soybean import during the month under review also increased by 100 percent to $11.750 million as compared to the zero import of the same month of last year. Meanwhile, on a month to month basis, the palm oil import declined by 6.21 percent in March 2022 as compared to the import of $309.766 million in February 2022.

The import of soybean, however, went up by 27.7 percent in March 2022 as compared to the imports of $16.772 in February 2022. It is pertinent to mention here that ‘Edible Oil’ prices have gone following the Russian invasion of Ukraine.

The two countries produced about 71% of the world’s sunflower oil, and the recent absence of exports had caused demand for substitutes, including palm oil, to spike. =DNA