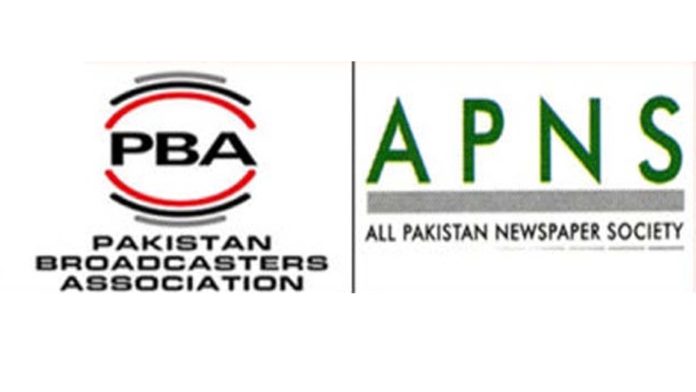 KARACHI, JUN 5 /DNA/ – In a joint statement issued today the Pakistan Broadcasters Association (PBA) and the All Pakistan Newspapers Society (APNS) strongly condemned the utterly Fake, malicious and baseless propaganda being spread by some PTI leaders aimed at maligning the county’s media.

The statement stated that Fawad Chaudhry, Shahbaz Gill and Hammad Azhar continue to spread Fake news  aimed at earning cheap publicity at the expense of the media. Through the joint statement the two media representative organisations warned that if these PTI leaders do not stop their malafide campaign against the media, the media bodies will exercise their constitutional rights and file defamation proceedings against them in the courtof law.

The joint statement also lamented the mischievous campaign on social media being run by them giving grossly exaggerated volume of advertising and linking it to and questioning media’s integrity. PBA and APNS urged former Prime Minister, Imran Khan to take strong action against his party leaders who are responsible for spreading fake news and thus bringing him and PTI in disrepute.