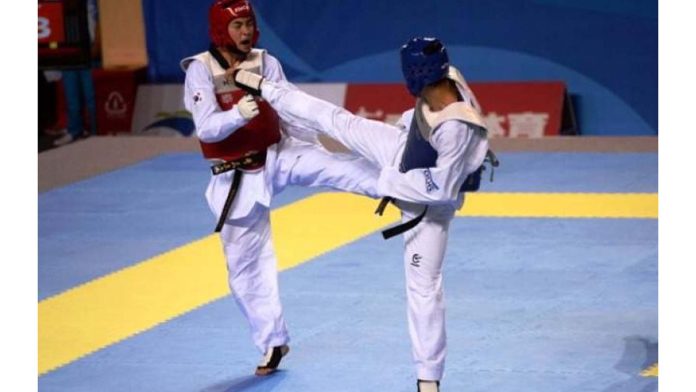 ISLAMABAD, June 17: The strong Pakistan Taekwondo team will feature in three international taekwondo championships scheduled to be held from June 22 to July 02 at South Korea.

According to Pakistan Taekwondo Federation (PTF) president Col (R ) Raja Wasim Ahmed Janjua that Pakistan taekwondo team is all set for the formidable challenges at the upcoming 7th Asian Poomsae, 25th Asian Kyorugi and the Chuncheon Korea Open International Taekwondo Championships 2022, events are scheduled to begin in South Korea  from June 22nd and team will depart for Korea on June 20.

Raja Wasim Ahmed said that team officials will attend the ATU Council Meeting and the ATU General Assembly on June 22.

PTF President Raja Wasim Ahmed said that the federation had arranged a 10-day training camp for these players in Iran in June which was aimed at preparing the players for the upcoming Asian championship in Korea,”

On the other hand, the Poomsae Kukkiwon Coach Master SEONGOH CHOI (Korea) and three other Poomsae players namely M Waseem Jawed, Shahbaz Ahmed, and Flower Zaheer will continue to attend the training camp in Korea for 15 days. They will be back home on July 17.

Meanwhile, the team Head and CEO Pakistan Taekwondo Federation Mr. Omar Saeed said that the team is upbeat and well-prepared for the event and will fare well in these international-level events.

He said that the team was given hard training and also international exposure ahead of these prestigious Championships in Korea.