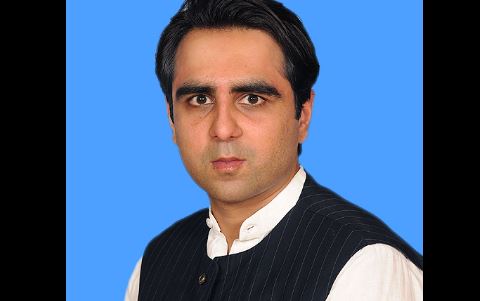 ISLAMABAD, Jun 6 (DNA): Federal Minister for Industries and Production Syed Murtaza Mahmood said that Pakistan, like China, will encourage women to play a positive role in society, Gwadar Pro reported on Monday.
He announced that the government would provide relief to the industrial sector, especially women entrepreneurs in the federal budget.
Talking to a delegation led by Riffat Malik – Vice President of Federation of Pakistan Chamber of Commerce and Industry (FPCCI), he urged women entrepreneurs to play their due role in boosting economic activities for achieving sustainable economic growth and social prosperity in the country.
Mahmood cited the example of China where women had played role in every sector for the development of the country. “We will follow China in this regard,” he added.
The minister further said that the private sector was the catalyst for economic growth and the government would facilitate them in promoting business activities which would help in reviving the economy.
“We intend to take the country forward by ensuring sustainable economic growth”, he maintained, adding that Pakistan needed a big increase in exports to meet its economic challenges and reduce pressure on its foreign exchange reserves.
He urged the business community, especially women entrepreneurs to play their role in the economic development of the country as the government was working hard for an economic turnaround, and rupee stability against the dollar.
Mahmood stressed the need for productivity enhancement and competitiveness of SMEs in the local and global market to achieve sustainable development in Pakistan.
“The federal budget will be a business-friendly budget”, he said, adding that the government would take solid initiatives to utilize the potential of women entrepreneurs through relevant organizations so that women entrepreneurs could excel in their relevant fields.
Speaking on the occasion, Riffat Malik, said that women have been playing a pivotal role in the growth of the export-oriented industries and all other sectors of the national economy. She urged the government to support them to help encourage entrepreneurship among women entrepreneurs.