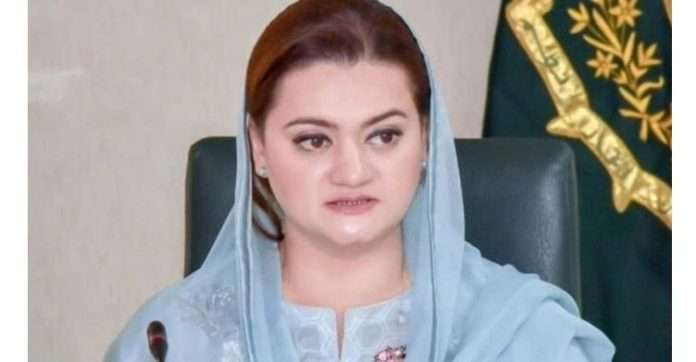 ISTANBUL, OCT 22 (DNA): Pakistan and Turkiye have agreed to boost their cooperation in tourism, culture, film, drama and other areas in order to take their bilateral relations to the next level.

Different measures will be taken for the purpose which have been decided upon during two separate meetings of Minister of Information and Broadcasting Marriyum Aurangzeb with a delegation of the Turkish film industry and Deputy Minister of Culture and Tourism of Turkiye Ahmet Misbah Demircan.

During the meetings, both sides agreed to promote bilateral cooperation in the drama and film industry, setting up a film processing lab in Pakistan on modern lines and taking the joint venture to launch “screen tourism”.

The information minister announced that Pakistan would participate in the upcoming film festival of Turkiye to showcase its best talent in the film industry.

She said Pakistan was keen to launch the “screen tourism” in collaboration with Turkiye which would eventually help both countries in highlighting their cultural diversity and natural beauty at the international level.

Marriyum said her government had formulated the country’s first-ever film and culture policy, which included tax exemptions and incentives for the industry. The use of modern technology was made part of the national film policy to improve production quality and stories, she added.

She said the government had abolished different tax for the film, tourism and culture sectors in the federal budget of 2022.

Foreign filmmakers were also being given rebates on launching joint film and drama projects at the local level, she noted.

The minister said her government was striving to boost business activities in the different sectors including tourism and culture.

She said the government had also abolished sales tax and entertainment duty on import of equipment required for the production of new films and dramas.

Marriyum said steps were taken to give incentives to the artists and revive cinema culture in Pakistan by setting up new cinemas and rehabilitating the old ones. It was the best time to involve 70 per cent of the youth in the film and tourism industries.

She said the government would invite renowned producers in the international film workshops being arranged in the country for the youth.

She said Pakistan was the world’s third-largest film producer in 1970. The film and drama, she added, played an important role in improving the image of a country at international level.

As regards the participation of Pakistan in the upcoming film festival, she said three new Pakistani movies could be screened at the mega event.

She said cooperation with the Turkish universities would be sought for the inclusion of filmmaking subjects in the academic curriculum.

A feasibility report would be prepared for joint ventures between the two countries in the film industry, the minister said.

She said the Turkish filmmakers could produce their movies in northern areas of Pakistan, which were rich in natural beauty.

Pakistan, she said, would learn from Turkiye’s experiences in tourism sector development.

The Turkish deputy minister for tourism and culture assured Marriyum of his country’s all possible cooperation in tourism sector development.

Meanwhile, the Turkish film industry delegation, in a separate meeting, said the best companies of the Netherlands and France based in their country could provide technical support in establishing the film processing lab in Pakistan.=DNA