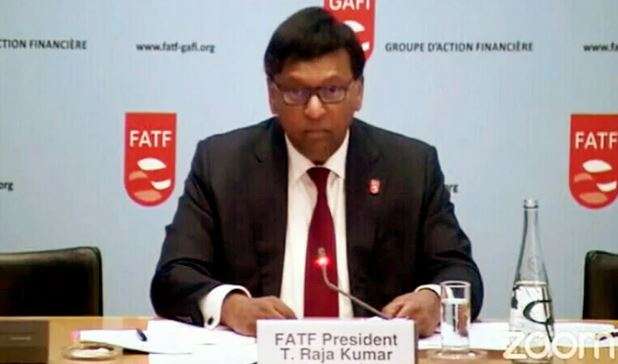 KARACHI: Pakistan’s removal from the Financial Action Task Force (FATF) list of countries under “increased monitoring” would help boost the nation’s reputation and get a credit rating upgrade from global agencies, analysts said on Friday.

Since the International Monetary Fund (IMF) included the implementation of FATF action plans as a structural benchmark, the removal would make it possible for Pakistan to successfully complete the next review of the IMF’s Extended Fund Facility.

The FATF has delisted Pakistan from the grey list, as expected, but the country would continue to work with the FATF and Asia Pacific Group to improve its anti-money laundering (AML) and combating the financing of terrorism (CFT) framework.

FATF announced this decision after it concluded a two-day meeting in Paris on Friday.

However, in the latest move, the global ratings agency Fitch cut Pakistan’s sovereign credit rating by a notch to ‘CCC+’ from ‘B-’, citing a further deterioration in the country’s external liquidity and funding conditions and a decline in foreign exchange reserves.

The decrease comes three months after Fitch downgraded the country’s outlook from “stable” to “negative” and revised down the ranking to B-. Fitch typically does not assign outlooks to sovereigns with a rating of ‘CCC+’ or below.

The immediate ramification of exiting in the grey list carries reputational implications for Pakistan, whose image was recently further dented by the downgrading of rating by international credit rating agencies like Moody’s, said Arif Habib Limited in a note.

“With the international community — investors, in particular, the removal from the grey list is likely to strengthen Pakistan’s position, especially with regards to the soundness of our financial systems, and help regain their confidence,” it said.

“Markets are expected to react positively to this news and overall sentiment is likely to remain upbeat for a while. Moreover, going forward, this should also help strengthen Pakistan’s case of re-rating and upgrading by the international credit rating agencies,” it added.

The implementation of FATF action plans was also part of a structural benchmark set out by the IMF in March which was met with a delay in June by Pakistan.

This means Pakistan complies with one more structural benchmark of the IMF, paving way for a successful ninth review which is due in November 2022 enabling the disbursement of special drawing rights (SDR) 894 million from the Fund, according to Arif Habib.

Being on the grey list has had direct ramifications on the economic front with different challenges arising during the tenure Pakistan stayed in this category. In terms of crippling trading opportunities to external debt rising, the graduation of the country from the grey list would help overcome these challenges, in the longer run, it noted.

Pakistan’s external financing requirements (including current account deficit) for FY2023 is slightly above $31 billion for this fiscal year against expected available financing (including IMF) of around $37 billion, as per the State Bank of Pakistan (SBP).

“This removal from the grey list should help Pakistan raise external funding without any stringent conditions and also persuade foreign direct investments in the country,” it explained.

However, Umair Naseer, an analyst at Topline Securities, does not see any major uptick in foreign direct investment and other capital flows in the country due to Pakistan’s removal from the grey list, but the significance of dealing with terror financing and money laundering in the last few years has increased manifold.

“The IMF has also stressed the importance of taking steps against money laundering and terror financing recently as these activities have negative consequences diverting financial flows from economically and socially productive uses,” Naseer added.

In its meeting held in June 2022, FATF had described Pakistan as largely compliant with the ‘34 action plans’ with respect to anti-money laundering and combating terror financing. In September, FATF technical team completed the on-site visit to Pakistan to verify the progress.

The country was put on the grey list in 2018 because of increased counter-terrorist financing-related deficiencies after being removed from the list in 2015.