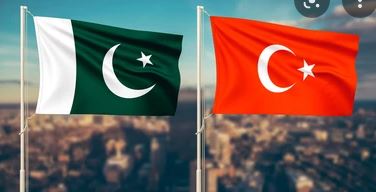 In a meeting with Turkish Ambassador Dr Mehmet Pacaci, the minister discussed the matters of mutual interest and said the people of both the countries had love and respect for each other.

Abdul Shakoor said Turkiye had actively helped Pakistani brothers in the trying times, adding that the people of this region and religious scholars had given full financial and moral support for the stability of the Ottoman Caliphate.

He said the policy and views of the Turkish government regarding humanity and welfare of the Muslim Ummah were valuable.The Turkish ambassador said Turkiye considered it an obligation to help Pakistani brothers and sisters in the difficult times.

He desired that Turkiye and Pakistan should achieve the common goals of development and prosperity together. He also called for furthering relations between the two countries both at government and public levels. =DNA