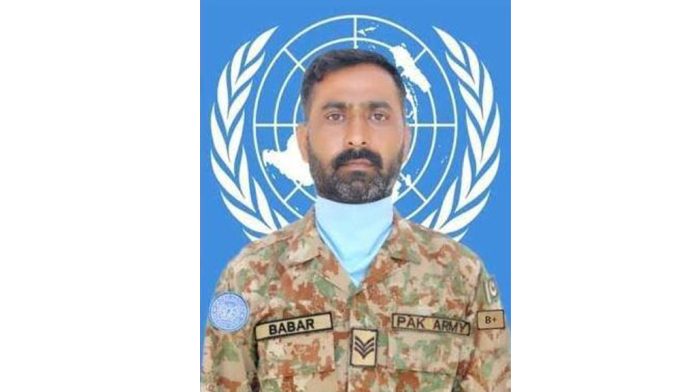 Pakistan has always played a pivotal role as responsible member of the international community to help realize ideals of global peace and security through active support in various UN Peacekeeping missions.

Our Peacekeepers have always distinguished themselves in executing challenging peacekeeping tasks in conflict torn areas through devotion and, if necessary. rendering supreme sacrifices.

So far 171 Pakistan peacekeepers have laid down their lives during various UN missions for international peace and security.=DNA