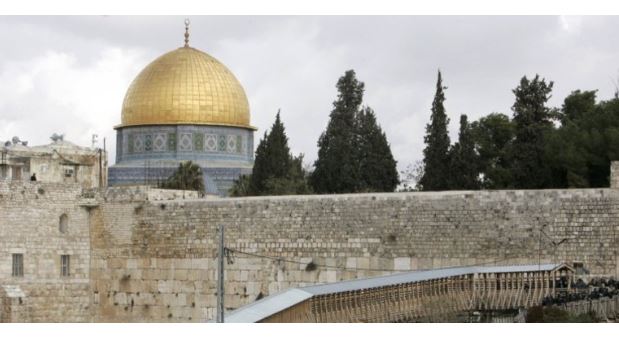 Palestine on Sunday called for piling pressure on Israel to halt excavations around the flashpoint Al-Aqsa Mosque complex in occupied East Jerusalem.

In a statement, the Palestinian Foreign Ministry urged the U.S. administration and the international community to intervene “to halt Israeli diggings under and around Al-Aqsa complex before it’s too late.”

It warned that the Israeli excavations “target the foundations of Al-Aqsa Mosque,” going on to call for obliging Israel to respect the status quo at the flashpoint site.

On Friday, the Islamic Waqf Department, which overseas holy sites in Jerusalem, cited cracks and the falling of some rocks at the complex due to the Israeli diggings.

The Foreign Ministry held Israel responsible for preventing the Waqf Department from carrying out maintenance works at the Al-Aqsa complex.

There was no comment from the Israeli authorities on the statement.

Al-Aqsa Mosque is the world’s third-holiest site for Muslims. Jews call the area the “Temple Mount,” claiming it was the site of two Jewish temples in ancient times.

Israel occupied East Jerusalem, where Al-Aqsa is located, during the 1967 Arab-Israeli War. It annexed the entire city in 1980 in a move never recognized by the international community.