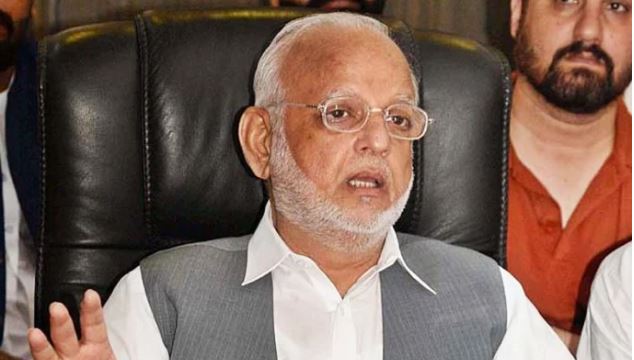 Talking to a private news channel, the lawmaker said the PML-Q narrative was on a collision course with the PTI and benefitting the ruling Pakistan Democratic Movement (PDM).

He added that the Chaudhry’s statements did not sit well with the PTI workers and voters and advised them [PML-Q leaders] against issuing such statements in the future.

“The whole nation is watching, and they must avoid doing it.”

Punjab Chief Minister Parvez Elahi on Sunday revealed that it was former COAS General (retd) Qamar Javed Bajwa who asked PML-Q to side with PTI when the no-confidence motion was moved against then-prime minister Imran Khan.

Ijaz added that the PML-Q leaders might have passed the statements to attract the attention of the concerned quarters.

“The PML-Q’s politics always toe the establishment’s line, and they take all their political decisions with their consultation.”

The senator said that he still believes that the Chaudhrys will follow the establishment’s instructions in the future. However, there are no ambiguities in PTI, Chairman Imran Khan, and its leadership’s stance, the party will stick to its decision, Senator Ijaz said.

When asked about why the Chaudhrys of Gujrat might have passed statements in favour of the former COAS, he said that many politicians issue such statements under the doctrine of necessity.

He added that it might be an attempt to win over the new administration (in the establishment) to curry favour with them, and to get their attention.

Ijaz added that Pakistan’s majority and the entire international community endorse Imran Khan’s narrative, which is an adequate reply to Chaudhry sahib’s statement.

He said it was Parvez Elahi who got Ijaz Chaudhry elected as a senator unopposed, whereas, before polls, Ijaz was begging for the support of Parvez Elahi.